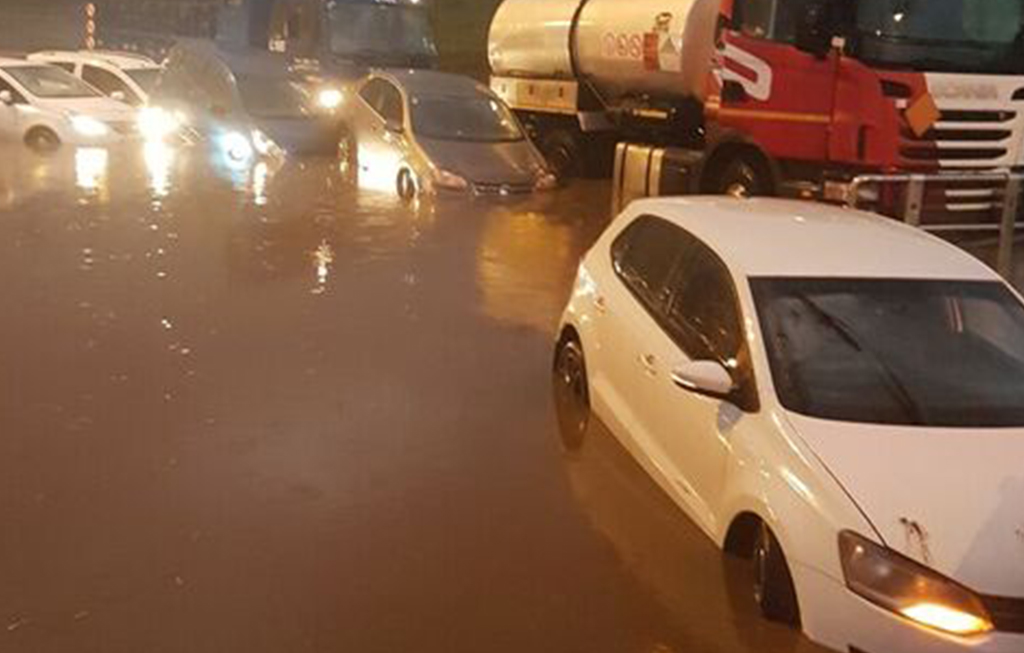 JOHANNESBURG - The Johannesburg Roads agency is calling for motorists to be careful after several roads in the city collapsed after Wednesday's flash floods.

The damaged roads include Witkoppen, Linksfield Road and near the N3 on and offramps.

The corner of Louis Botha and Houghton Drive has also been damaged.

All the low-lying bridges between Kyalami and Dainfern are flooded.

GALLERY: The aftermath of a flash flood

One of the Joburg Zoo's walls collapsed alongside Jan Smuts Avenue in Parkview.

Several bridges -- including on the R55 in Kyalami -- and the Buccleuch Bridge, have been washed away.

Weather forecasters are warning of more flash floods in the coming days.