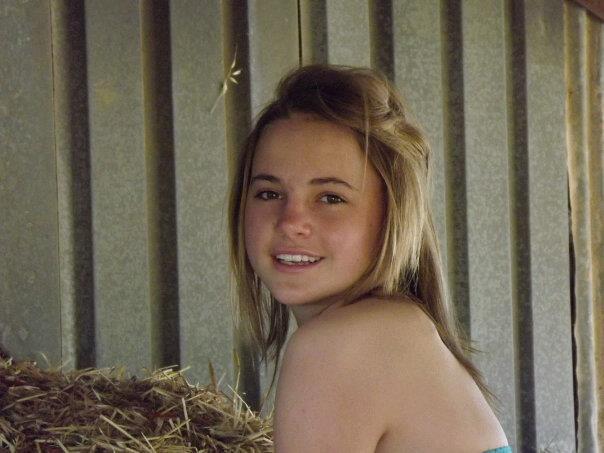 Marthella Steenkamp was tortured before her attacker killed her. Marthella and her parents Deon and Christelle Steenkamp were killed on their farm near Griekwastad. PHOTO: Facebook/closefriendtellasteenkamp

KIMBERLEY - Why would anybody torture the Griekwastad girl victim after killing her parents?

This is what Northern Cape Judge President Frans Kgomo asked the 17-year-old accused on Wednesday.

"It seems the attacker tortured Marthella before he killed her. I ask myself what was it the attacker wanted to achieve?" Kgomo asked the boy in the witness box.

Kgomo is hearing evidence in the trial of the teenager accused of killing farmer Deon Steenkamp (44) his wife Christel (43) and their daughter Marthella (14).

They were shot dead on their farm Naauwhoek, near Griekwastad, on April 6, 2012. He is also accused of raping the girl and lying to the police.

His trial was postponed to next Wednesday for final argument.

Earlier, the State argued that the teenager&39;s testimony was in the realm of the impossible.

"We are already far away from probability, we are at the impossible," prosecutor Hannes Cloete told the youth on day three of his cross-examination.

He asked the boy why the killer would have been so kind to him.

"He is a cruel, cold-blooded killer and he apparently allowed you to move around at the scene. Do you realise how that sounds?" asked Cloete.

She died in the house, possibly while trying to get to the telephone.

The prosecution tested the teenager&39;s testimony on where he saw the victims in the house and how a large amount of blood got onto his T-shirt.

Cloete asked the boy about comments made to witnesses which could indicate "inside knowledge" of the crime and the crime scene.

"From the time at the police station you talked about people that were shot dead. It continues right through the evidence as if you were 100 percent sure."

Cloete put it to the boy that he told the court he did not inspect the victims at the murder scene.

"You would not know what wounds there were," he told the teenager.

The prosecution submitted that the murders and the girl&39;s rape were linked.

"The State will argue these two separate incidents are linked with each other," Cloete said.

The State would also argue that the evidence showed the boy murdered the three.

"What is your reaction? Is it so or is it not so?" asked Cloete.

The boy denied the submission.

Summing up his cross-examination, Cloete said there was no indication that another person, except the boy, could have committed the crimes.

The boy replied: "It was not me. There must have been somebody else."

Cloete told the boy the State had given him a fair chance to explain his story.

"You have not used any of the opportunities. Not one aspect of your testimony was satisfactory."

The State contended nothing the boy told the court was truthful.

Cloete said the way the boy answered the State&39;s questions was also worrying.

The boy&39;s defence counsel closed his case shortly after the lunch break.