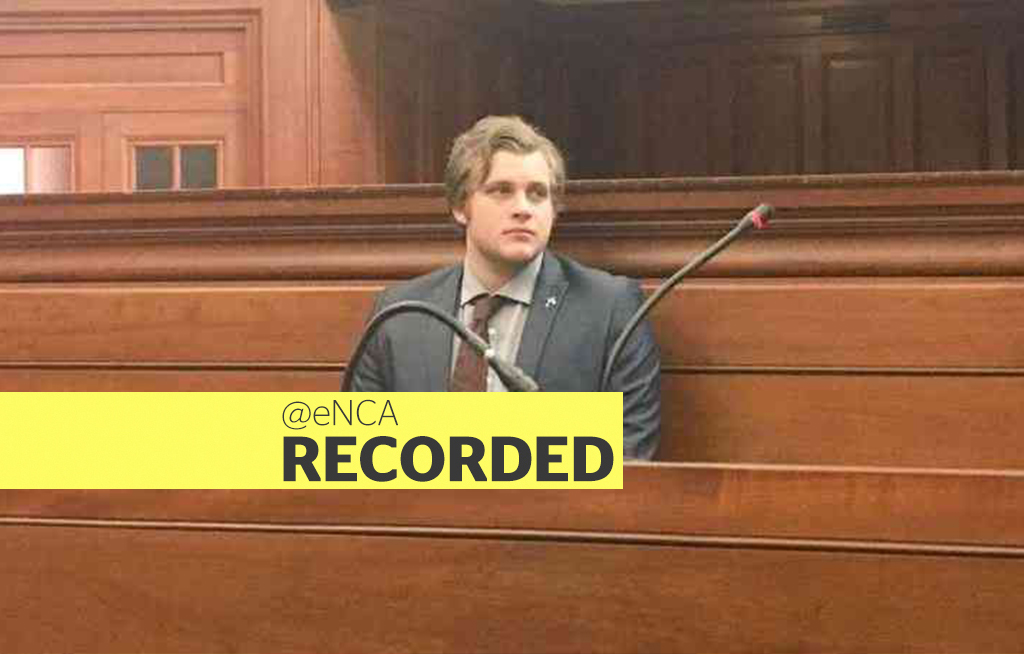 Editor’s note: This live stream is courtesy of DStv 403. You can also watch it on DStv Now

CAPE TOWN – Henri van Breda was found guilty on three counts of murder and one of attempted murder in the Western Cape High Court on Monday.

Judge Siraj Desai found Van Breda hacked his parents and older brother Rudi to death with an axe at their De Zalze Estate family home in Stellenbosch in 2015.

Van Breda&39;s younger sister Marli, who was 15 at the time, was seriously injured but survived the attack.

Van Breda had claimed a masked intruder attacked his family with an axe.

Desai also found him guilty on a charge of obstruction of justice.

Desai: the court is inclined to agree with prosecution that it is highly unlikely there was a security breach vanbreda

After hearing all accounts, the judge said the court agreed with the prosecution that it was highly unlikely the perpetrator entered from outside the estate.

Judge Desai then discussed Henri van Breda&39;s call to an emergency response centre and commented on the lack of urgency exhibited by him.

The judge then detailed inconsistencies in Henri van Breda&39;s cross-examination with regards to his awareness of the fact that certain members of his families were dead, as well as with regards to his claim that he had lost consciousness during this period.

He pointed out the delay of approximately 2 hours and forty minutes between the time of the attacks and the call to an emergency number.

Desai: during the course of the night no alarms were activated and no trespassers or intruders were detected vanbreda

Desai: evidence conclusively establishes that most of wounds self inflicted vanbreda

With regards to the defence case that the accused sustained a concussion and not a blood injury, the judge cited a neurosurgeon expert witness, who indicated the unlikelihood of this not being picked up in an MRI scan. However, he also indicated that the specialist was not able to be definitive that this length of consciousness-loss could not have occurred.

Desai: vanbreda knew what he was doing when googling emergency services. And a neurologist said that retrograde amnesia wasn&39;t likely. But the Dr conceded that he was commenting blindly.

The judge discussed Van Breda&39;s claim that he had fallen down the stairs, resulting in certain injuries to his body. He referred to Captain Coetzee&39;s evidence that these injuries probably occurred while the accused was standing, and not during a fall.

Judge Desai also noted that the accused had no history of seizures prior to the incident.

Although a witness for the accused, Dr Butler, had determined the accused suffered from epilepsy, the court made no finding in this regard as it did not find it relevant.

The judge noted that the accused gave a detailed account of the scene to police and to emergency services, which contradicted that he had no recollection of events.

Judge Desai said Van Breda&39;s actions indicated an accused with an acute awareness of the events that had transpired, and loss of consciousness of two hours and forty minutes was unlikely.

Desai: court finds accused has sufficient time to tamper with the scene vanbreda

Henri vanbreda has no emotion on his face. Absolutely expressionless.

Van Breda&39;s bail was revoked and Desai ordered he be detained at the hospital section of Pollsmoor Prison, but on the condition he supply Correctional Services with a medical certificate proving he has epilepsy.