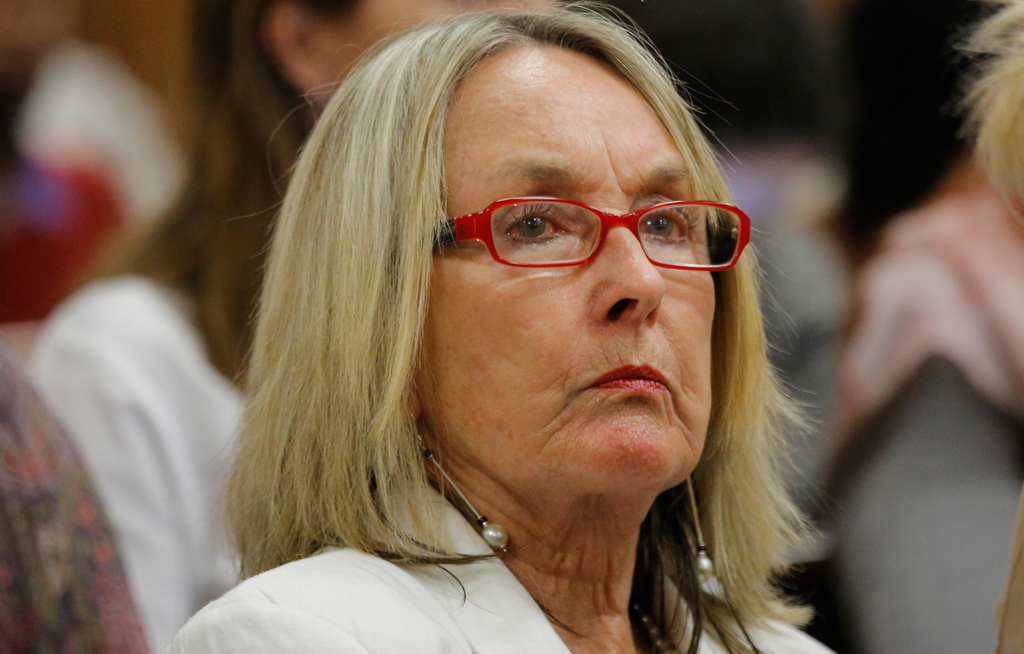 JOHANNESBURG - Reeva Steenkamp&39;s mother does not believe Oscar Pistorius accidentally killed her daughter and feels "let down" by South Africa&39;s justice system, according to a memoir published on Monday.

In "Reeva, a mother&39;s story" June Steenkamp said she believes Pistorius shot her 29-year-old daughter dead after a fight and that the couple&39;s relationship had been coming to an end.

"Oscar&39;s story I don&39;t believe," she wrote in the book, released weeks after the athlete was found not guilty of murder and sentenced to five years in prison on a lesser manslaughter charge.

Pistorius claimed that he mistook Steenkamp for an intruder, firing four shots through a locked bathroom door.

"Not one of his actions suggests he felt protective towards her," wrote Steenkamp, the grieving mother setting out what she believes happened in the early hours of Valentine&39;s Day 2013.

"They had a fight, a horrible argument, and she fled to the bathroom with her mobile and locked the door."

"I think he may have shot once and then he had to go on and kill her because she would have been able to tell the world what really happened, what he is really like.

"There is no doubt in our minds: she had decided to leave Oscar that night," she wrote, adding that Reeva Steenkamp had indicated that the pair had not had sex.

"I believe their relationship was coming to an end. In her heart of hearts she didn&39;t think it was making either of them happy."

"It was Reeva&39;s bad luck that she met him, because sooner or later he would have killed someone. I do believe that."

Steenkamp also described the desperate pain of not being there to help her daughter in her time of need, of medication to numb the anguish and of her husband Barry&39;s recent stroke.

"In our worst imaginings, we picture how scared she must have been to retreat behind that door, and lock it, with no one to protect her.

"One bullet blew the brains out of her skull."

Steenkamp added that while she forgives Pistorius, she would like to meet him to ask questions.

In the book, Steenkamp describes at length the pain of seven months of tortured court hearings, culminating in a verdict which the state has described as "shockingly light" and will appeal.

"I felt let down by the justice system," said Steenkamp.

She described Pistorius&39;s account of events as "vague, evasive and shifty."

"I was so shocked that he was actually standing there saying not guilty to every single charge. How could he say that when Reeva is dead and he shot her?"

"He has to live for the rest of his life with the knowledge of what he&39;s done."