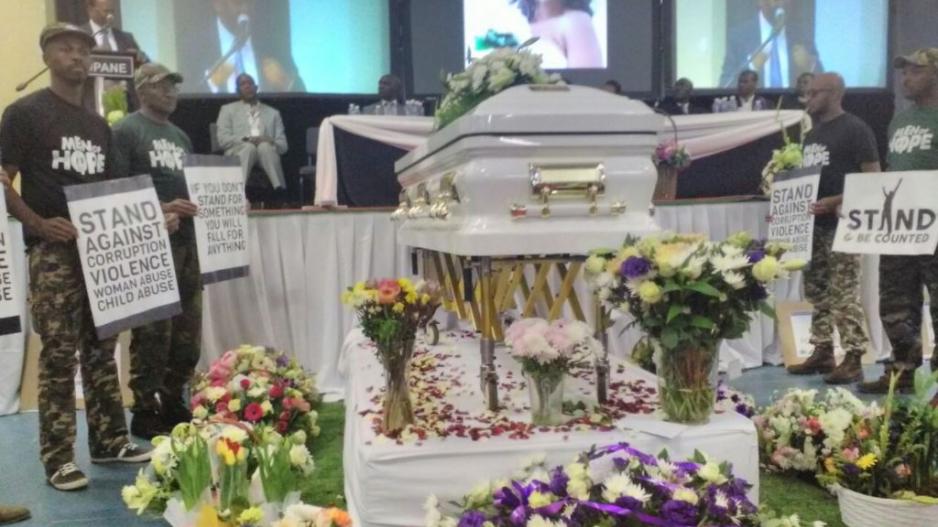 Friends and family of Karabo Mokoena surround her casket during her funeral service in Diepkloof, Soweto on Friday.

JOHANNESBURG -  Karabo Mokoena will be laid to rest at Westpark Cemetery in Johannesburg on Friday.

#RIPKarabo Nkgono Mothibi says this is such a tragedy that "we have lost our little angel who loved us all" pic.twitter.com/BeNBG2GLiM

The 22-year-old's charred body was found in Lyndhurst on April 29, a day after she was reported missing.

Minister Susan Shabangu: at a time of such brutality on a soul so beautiful and so young...as government we condemn this. #Karabofuneral

A memorial service was held for Mokoena on Wednesday.

Her boyfriend, Sandile Mantsoe, is facing a charge of murder and defeating the ends of justice.

The funeral service is underway at the Diepkloof Hall in Soweto.

#KaraboMokoena older sister Bontle reads out letter Karabo wrote.
"This is hardest thing I've ever had to do" pic.twitter.com/dbUJf1Xq9i