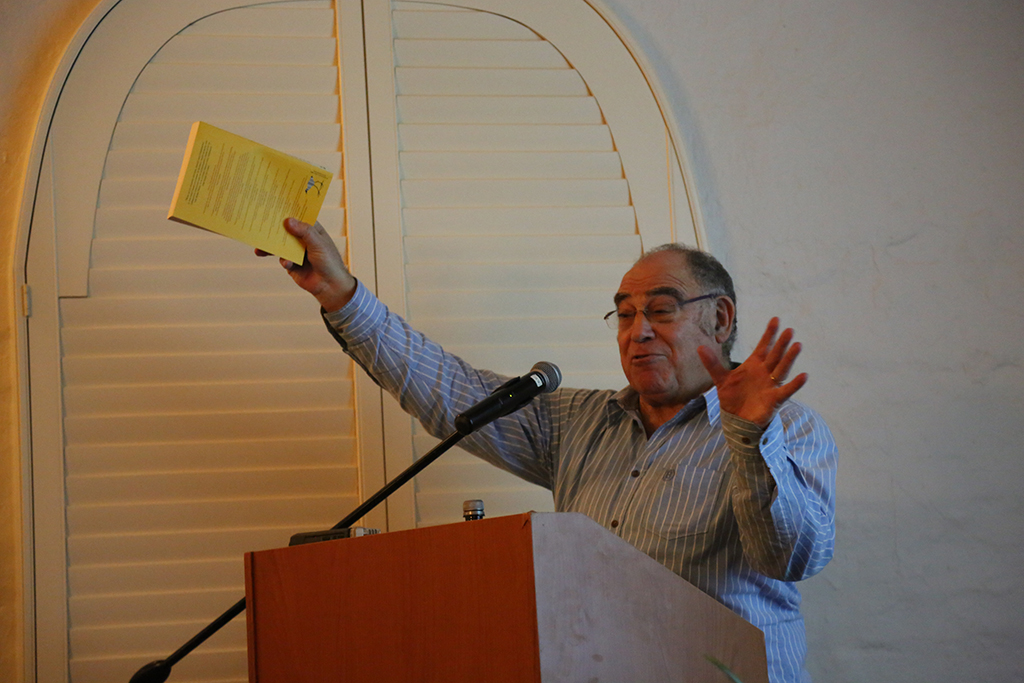 Former Intelligence Minister, Ronnie Kasrils, says Mandela&39;s leadership compromised the country economically and disempowered ordinary South Africans.
Kasrils was speaking at the launch of his archive material at Wits University on Thursday night.
Wits exhibited Kasrils&39; letters of correspondence from the struggle period which included meeting notes, photographs, books and radio tapes he owned as part of  the "Deposit of Ronnie Kasrils Archive" this week.
Kasrils, who has also written two books on the history and the current state of affairs in South Africa, said he was happy the university decided to preserve his records the way it did.
Kasrils who then took questions on where the country is right now, spoke frankly about the mistakes of previous leaders in the ANC and the SACP, blaming himself for not raising the issues at some stages.
He told the audience that it was not Thabo Mbeki&39;s fault that economical freedom was slow to materialise.
Kasrils referred to Madiba as a leader who abandoned the strategic plans, trapping the people of South Africa in dire socio-economic conditions.
"I&39;m not just blaming him because he is at the last days of his life, but the belief, at some point, that if we continued with the Freedom Charter we&39;ll be shut out, was an error."
Kasrils says that under Madiba&39;s leadership, the ANC gave in to pressures that put the movement on the back foot, separating the political and economic power.
“It brought us 180 degrees from the Freedom Charter and away from controlling this economy; it gave a bonanza to the business corporates of this country and internationally, by allowing them to list abroad, by not imposing super tax on them.”
The veteran South African Communist Party member added that at that particular period in South Africa’s history, he was pre occupied with getting a position in government where he thought he would contribute meaningfully.
“I kept my bloody mind in the water affairs, defence and intelligence which I tried to reform. But you can’t do it when you are entrapped by these trans national cooperates.”
In an unrelated radio interview, almost immediately after Kasrils’ speech, former president Thabo Mbeki blamed poverty on skills development and emphasised that it will take time before the country finds itself economically.
Thabo Mbeki said, “The skills development programmes have not worked as well as we thought they would, the majority of the people were unskilled to sustain the apartheid idea of cheap labour. That is what we inherited in 1994."