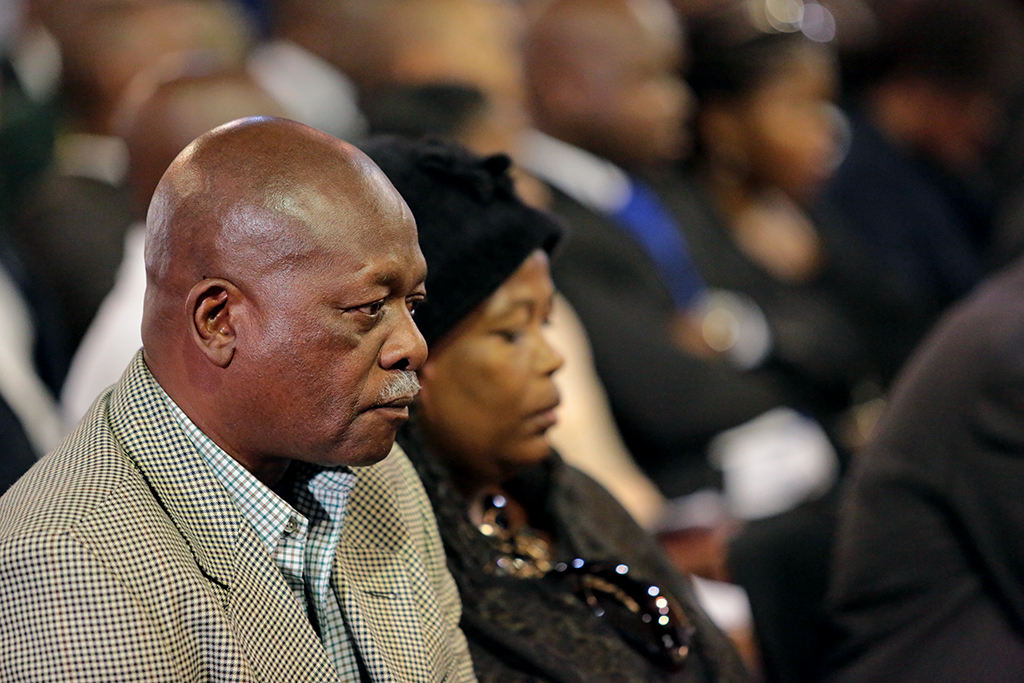 Samuel Meyiwa and his sister Zanele at the memorial service for his son Senzo and athlete Mbulaeni Mulaudzi and boxer Phindiwe Mwelase. The three sports stars died over the space of three days.

JOHANNESBURG - The father of late Bafana Bafana goalkeeper and captain, Senzo Meyiwa, is happy with reports that his son&39;s killers could soon be arrested.

Recent media reports suggest police may be closing in on a new suspect.

But investigators have denied the claims.

For Meyiwa’s loved ones, the wait is agonising.

Sam Meyiwa believes Senzo&39;s girlfriend at the time, Kelly Khumalo, should be doing more to help with the investigation.

Meyiwa was killed in a botched house robbery in Vosloorus in 2014 and 17 months later, his family is still waiting for his killers to be arrested.

Sam Meyiwa said that he was happy to hear of the imminent arrest and wished the death penalty would return so that his son&39;s killers could be hanged.

"I trust the Hawks and believe there is progress. I believe that there will be arrests because they are hardworking," he said.

But Meyiwa did not have such kind words for Khumalo.

He believes that Khumalo, who was in the house at the time, should be helping the police and family find their son&39;s killer instead of talking "about money".

"They killed my soul. She should be assisting me (in finding the killers) as a person who claims to have loved my son.

The Hawks have been communicating with the Meyiwa family and say they will continue to keep them updated on any developments.

Investigators maintain they have a strong case.