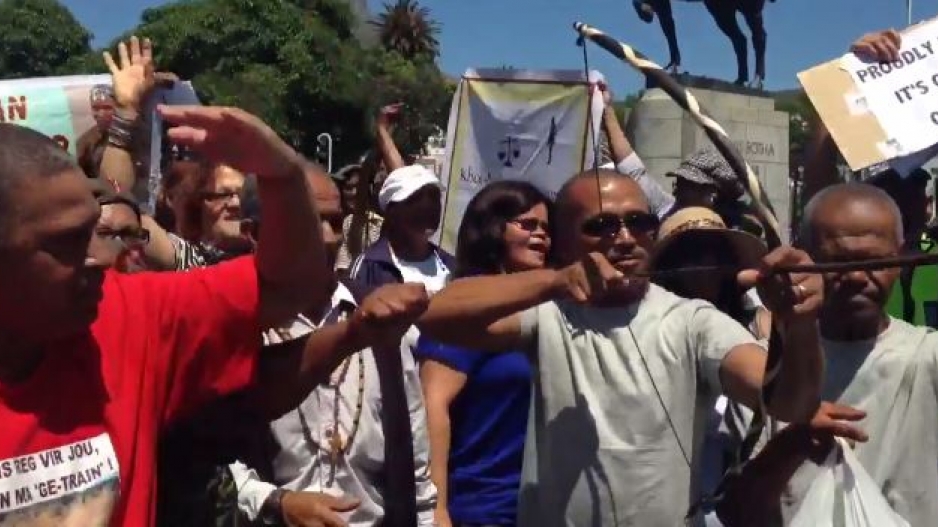 Close to 100 protesters marched on Parliament on Thursday, demanding their aboriginal right to Khoisan land.

KhoiSan Protesters have descended on Parliament, demanding their aboriginal right to land and recognition pic.twitter.com/6GGhQn1pJ2

The members of the Khoisan Royal House -- some of whom travelled from as far as the Northern Cape -- say government has been sidelining them for years.

They now want the country&39;s lawmakers to scrap the Traditional Leaders and Khoisan Bill, which they deem racist.

The group claim government hand-picked Khoisan representatives who do not represent the Khoisan community, to draft the Bill.

They have vowed to take up arms if government does not meet their demands.

"Mr Zuma, you&39;re playing with fire. We respect you as African and our president, but you don&39;t respect us.

"You never met with any Khoisan leader in South Africa but you fly around the world to meet with other people.

"We don&39;t deny a Xhosa a Xhosa and  Zulu a Zulu, why you deny us as Khoisan, that we are Khoisan by birthright?" he asked.

"Enough is enough. Even today, we are prepared to die. They will not lock me up, but we will die."