Khoza redeployed to another portfolio 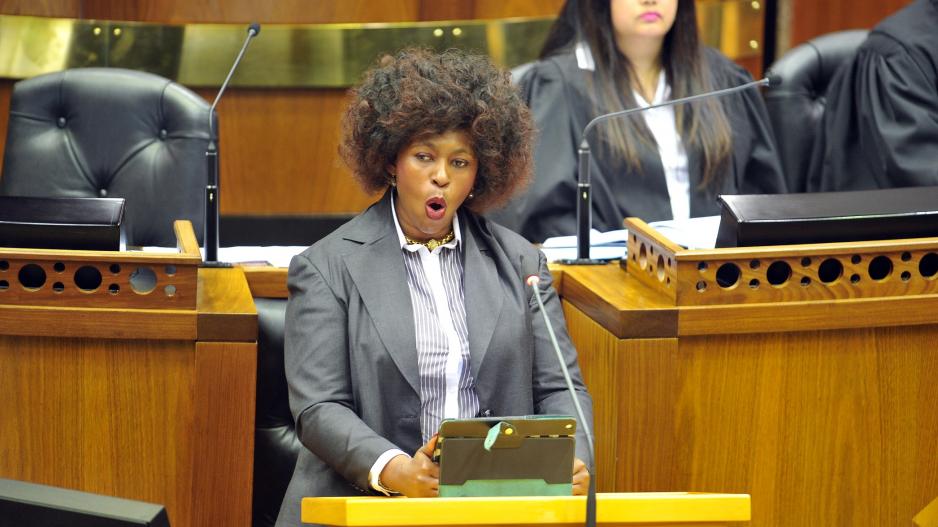 PARLIAMENT– Outspoken African National Congress (ANC) MP Makhosi Khoza has been redeployed to the portfolio committee on economic development after she was removed as chairperson of another committee last month.

Khoza, who has been openly critical of the ruling party and called for President Jacob Zuma to step down, was removed as chairwoman of the portfolio committee on public service and administration after several ANC MPs boycotted a committee meeting she was to chair.

Public Service and Administration Minister, Faith Muthambi also did not pitch to account for allegations that she had flown family and friends to her budget speech in Parliament in May and that she had overstaffed her private office.

Khoza has replaced Daphne Rantho on the economic development committee.

Staunch Zuma supporter Mervyn Dirks has also been replaced on the public service and administration committee by Dalton Khosa. Dirks will now serve on the small business development portfolio committee.

In August, ANC chief whip Jackson Mthembu announced Khoza’s removal from the committee, citing “the irretrievable breakdown of relations between herself and ANC members of the committee.”

Mthembu attributed the loss of trust to “her public utterances preceding the motion of no confidence vote in President Jacob Zuma and her continued public attacks on ANC leadership and members of her ANC Caucus who voted against the motion on 08 August 2017”.