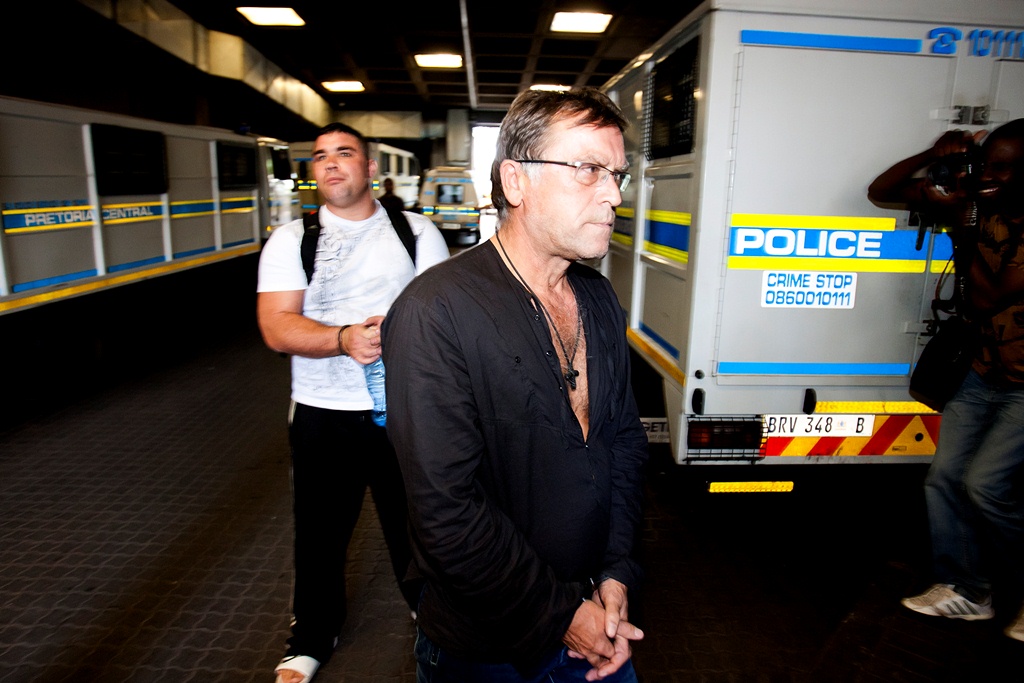 February 13, 2013: Veselin Laganin and Jason Dominguez-Baya outside the Pretoria Magistrate's Court on February 13, 2012 in Pretoria, South Africa where they appeared alongside Czech businessman Radovan Krejcir in connection with an armed robbery.

JOHANNESBURG – Police have confirmed that it was 54-year-old Veselin "Vescko" Laganin who was shot and killed at his Bedfordview home in the early hours of Saturday morning.
According to police spokesperson, Brigadier Neville Malila, the shooting took place during an alleged housebreaking robbery at Laganin&39;s complex.
Two men had entered the residence, and shots were fired by the assailants. Malila confirmed that jewelry and cellphones had been stolen.
He also reported the police had recovered firearms outside the property.
The victim’s home was located a block away from where Sam Issa was gunned down a few weeks ago.
According to independent organised crime investigator, Chad Thomas, Laganin was a known associate of both Issa and international fugitive, Radovan Krejcir.
He had appeared in the Pretoria magistrate&39;s court in February this year, alongside Krejcir, on charges of armed robbery with aggravating circumstances, relating to a shooting in Pretoria West in October 2012.
Like Krejcir, the victim was also a fugitive from Europe and was wanted by Serbian authorities for war crimes allegedly committed in Belgrade.
"The murder appears to be a residential burglary gone horribly wrong, but with his links to Krejcir there is bound to be major speculation regarding the true reason for his murder," said Thomas.
Police however, are not confirming any links with other murders in the area, nor with any connections to the underworld.
They&39;re also declining to comment on any reported links with Krejcir, citing their investigations as still being in the early stages.
Malila has, however, confirmed that the SAPS&39;s &39;Number One Detective&39; from the National Office will join the investigations.