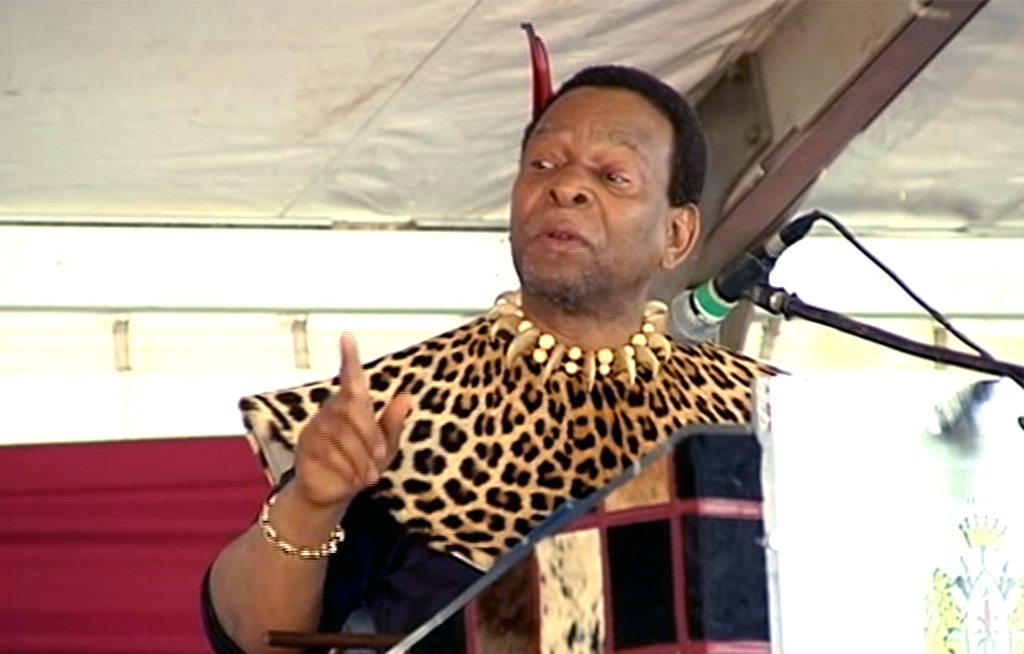 Zulu King Goodwill Zwelithini elaborated on his comments on foreign nationals during an officiating ceremony for a new chief in Jozini, KwaZulu-Natal on Saturday, 18 April 2015.

JOHANNESBURG – King Goodwill Zwelithini has spent nearly R3-million of taxpayer money on private flights over the past two years, according to a report in the Sunday Times newspaper.

The report claims the social and official flights were mostly domestic, with a few being between South Africa and Swaziland.

The information came to light in response to a DA letter to KwaZulu-Natal Premier Senzo Mchunu over the king&39;s use of private charters.

The newspaper said the king had used private chartered planes 13 times in just over a year.

A single trip between Ulundi and Durban to meet the CEO of the Recycling and Economic Development Institute of SA, Hermann Erdmann in May last year, reportedly cost in excess of R500,000.

The newspaper reported that the flights in question were approved by the now defunct department of the royal household.

Mchunu’s office, which took over some of the functions of the royal household department, said Mchunu had not approved the expenditure.