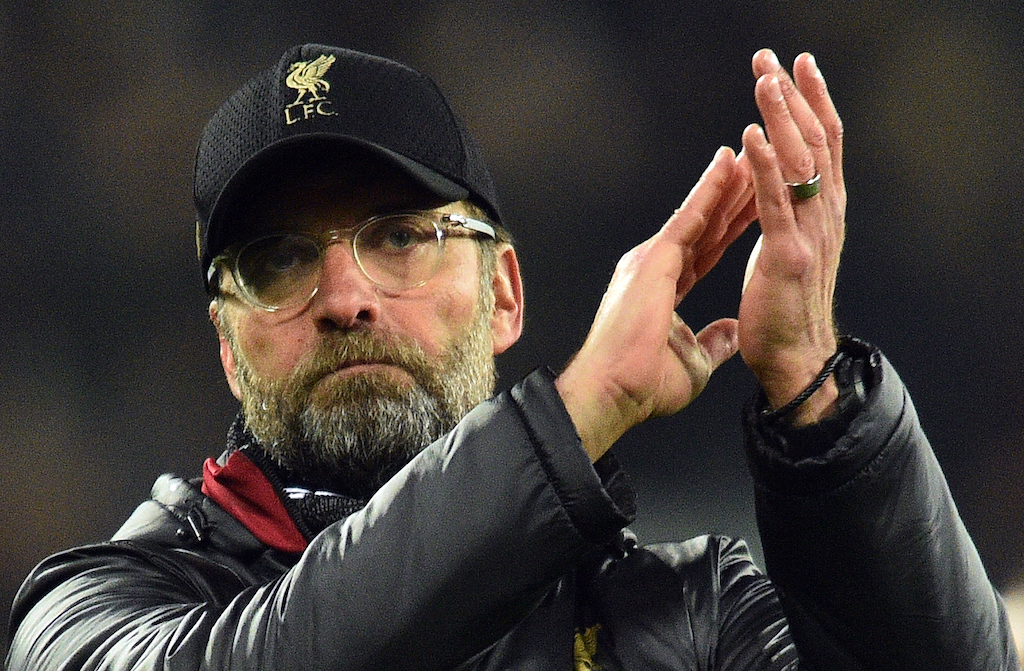 File: Liverpool manager Jurgen Klopp said the players would still feel their support despite the empty stands and that it would fuel their drive to the title.

LONDON- Jurgen Klopp says he might turn his back on football once his present contract with Premier League champions Liverpool ends in 2024.

The 53-year-old German had wanted to take a year off after he left Borussia Dortmund in 2015 but Liverpool came calling that October asking him to replace Brendan Rodgers.

Since then he has guided them to the Champions League trophy in 2019 and this year ended a 30-year wait for the league title.

However, he told German website Sportbuzzer that taking a year out in 2024 will give him time to reflect on what he wants to do next.

"I will take a year off and ask myself if I miss football," Klopp said.

"If the answer is in the negative, then that will be it for Jurgen Klopp as a coach."

Klopp - who broke Bayern Munich's stranglehold on the German title winning it with Dortmund two years running (2010/11, 2011/12) - also revealed what he would miss least about the high-pressure business of football management.

"If one day I'm not a coach anymore, there's one thing I won't miss: The brutal tension just before the game," he said.

Having landed the first English league title for Liverpool in 30 years, Klopp said the new champions are eager for more silverware.

The task facing Liverpool in defending the league crown is formidable as only Manchester City in the past 11 years has achieved that (2017/18, 2018/19).

"The whole club is up for the new season and wants to do it even better," said Klopp.

"We want to chase our opponents and continue to be a super unpleasant team that is not fun to play against.

"We're not defending any titles, we want to get new ones, we've only just started winning."