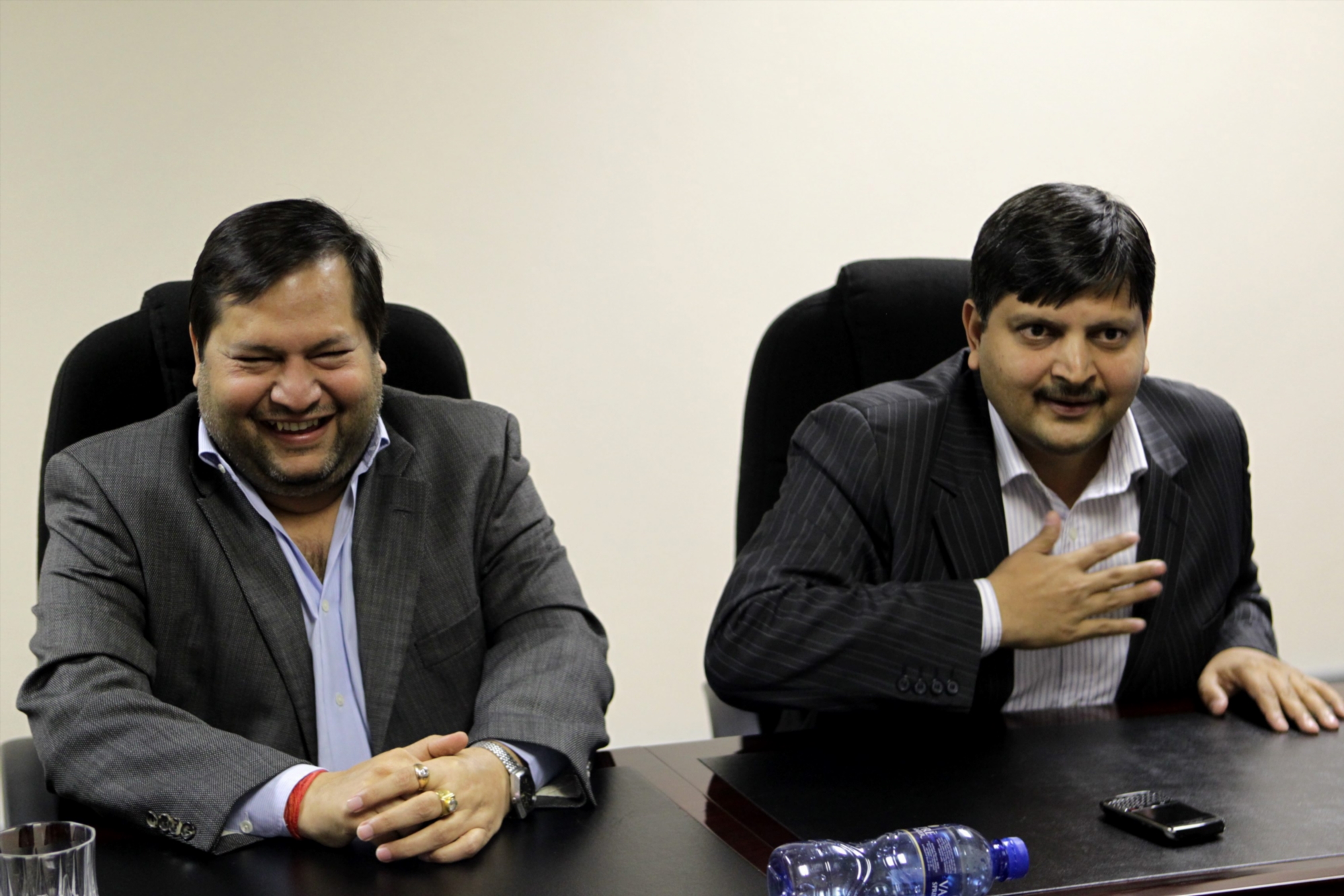 JOHANNESBURG - Global accountancy firm KPMG and South African investment bank Sasfin have severed ties with a company owned by the Guptas, a family of Indian-born businessmen, due to a scandal over their relationship with President Jacob Zuma.

"I can assure you that this decision was not taken lightly but in our view the association risk is too great for us to continue," Hoole said in the email.

"There will clearly be financial and potentially other consequences to this, but we view them as justifiable."

Oakbay confirmed the end of the 15-year relationship and said it understood it had been a "very reluctant decision" for KPMG. A KPMG spokesman declined to comment.

The three Gupta brothers moved to South Africa from India at the end of apartheid in the early 1990s and went on to build a business empire that stretches from technology to the media to mining.

They have also forged a close personal relationship with Zuma, whose son, Duduzane, sits on the board of at least six Gupta-owned companies, according to company registration papers.

Zuma has denied numerous allegations of the relationship allowing the Guptas to wield undue influence.

However, parts of corporate South Africa are turning their backs, especially since Deputy Finance Minister Mcebisi Jonas alleged last month the Guptas had offered him the top job at the Treasury before Zuma fired Jonas&39; boss, Nhlanhla Nene, in December.

Pearman declined to give reasons for Sasfin&39;s decision to resign, but confirmed it had been taken two days after a newspaper report suggested the Guptas may have had a hand in Zuma&39;s abrupt sacking of Nene.

PSG Capital, the investment banking arm of Stellenbosch-based PSG Group, was listed as an adviser to Oakbay in its purchase of struggling miner Optimum Coal from Glencore in December.

However, a source close to the bank said there was no long-term relationship, describing the deal as a "once-off thing".