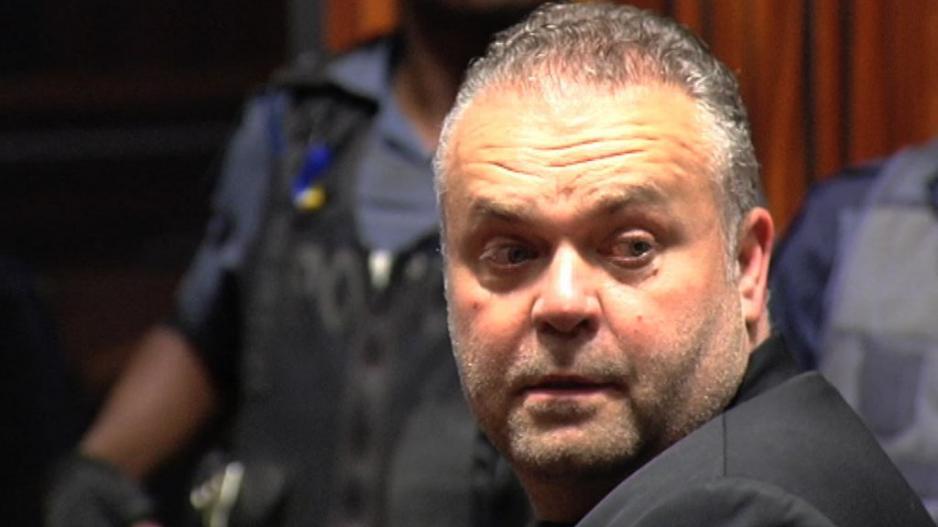 December 2, 2013: Czech fugitive Radovan Krejcir in the Palm Ridge Magistrates Court, where he appeared for his bail application in connection with an incident in June for which he's been charged with kidnapping, assault and attempted murder.

JOHANNESBURG – A raid by Gauteng police on Radovan Krejcir&39;s prison cell has uncovered a 9 millimeter pistol and several rounds of ammunition, the Sunday Independent has reported.

According to the paper, police received a tip-off that Krecjir - recently convicted of  attempted murder, kidnapping and drug dealing - was intending to escape from Kgosi Mamphuru prison in Pretoria.

This initiated the Saturday raid, which also uncovered a pepper spray gun, a knife, ten cellphones and a memory stick.

The Department of Correctional Services (DCS) in a later media release, confirmed that they had "thwarted apparent escape plans by inmates that include Radovan Krecjir at Zonderwater Correctional Centre, when it raided a number of cells... on 26 September 2015."

DCS said they had instituted stringent measures at the centre to ensure those involved remain in custody, and had, along with the South African Police Services (SAPS), launched internal and external investigations.

For more, watch the video in the gallery above.