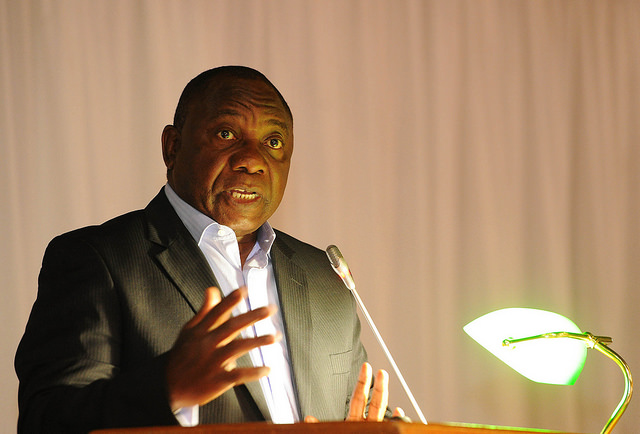 He says this despite people saying otherwise.

Ramaphosa was speaking to professionals from various sectors in Sandton, north of Johannesburg, on Thursday.

He said the resolutions taken at the African National Congress (ANC)’s conference on land could make a meaningful contribution to economic growth.

READ: Ramaphosa&39;s new dawn: much better, but not nearly enough

“This [land redistribution] we should do through using a number of mechanisms. One of those is to expropriate without compensation to unlock the wealth of this land, which has been held in few hands from the days of colonialism. That alone should be able to add an injection to the growth of our country", Ramaphosa added.

‘New dawn nothing if corruption prevails’

The president said the ANC’s &39;new dawn&39; would be nothing if corruption prevailed.

He said the ‘new dawn’ went hand-in-hand with cleaning up and stopping corruption, both in the public and private sectors.

READ: She was a symbol of the struggle: Tutu on Winnie&39;s death

“How we deal with corruption will define this new dawn. We are firm and are going to ensure that we root out corruption from the face of South Africa. We need to return to those principles of our forbearers - principles of truthfulness, doing things correctly and putting our people first... Those are the principles that underpin the new dawn,” Ramaphosa told the audience.

Ramaphosa said he earlier visited Archbishop Emeritus Desmond Tutu and apologised to him and his wife, Leah, for the governing party’s negative behaviour in recent years.

“He thanked us, saying he can see the new dawn, can touch it, smell it and see that we have exploded onto a new path.”

“There was a time when the direction the movement was taking made Desmond Tutu lose confidence in us, so I apologised.”