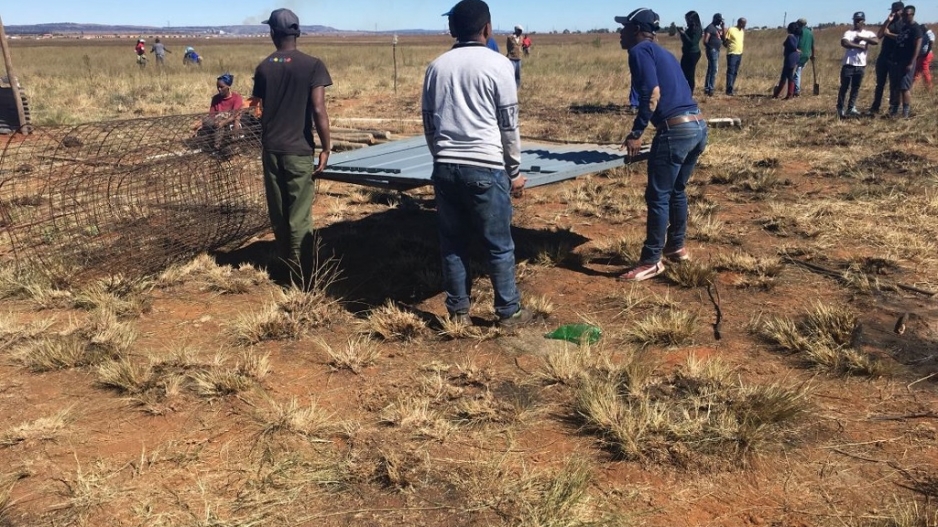 Soweto residents are erecting structures on an open land in Protea Glen.

JOHANNESBURG - Police are monitoring an area in Protea Glen, Soweto, where there have been more attempts to occupy empty land illegally.

The residents say what they are doing is not illegal LandInvasion saying they have the go ahead from land owners to live here. ProteaGlen pic.twitter.com/hrWYbd3VUV

The land has apparently been set aside for a government housing project, but that has not been confirmed by authorities.

Defiance all round as police gather and move in with no clear visible action as to what they’ll do next. ProteaGlen pic.twitter.com/YQRcDlPHgw

READ: How mine dumps affect the health of communities living nearby

Police fired rubber bullets and teargas at defiant residents who are adamant that they are the rightful owners of the land. They claim they have been given permission by the owners to settle there.

Earlier residents were seen lining up and registering for the allocation of stands. Some were ready to move in. ProteaGlen pic.twitter.com/UdqM79KRGV

Police have destroyed structures that have been built.

The attempt to occupy the land has been continuing since Tuesday.