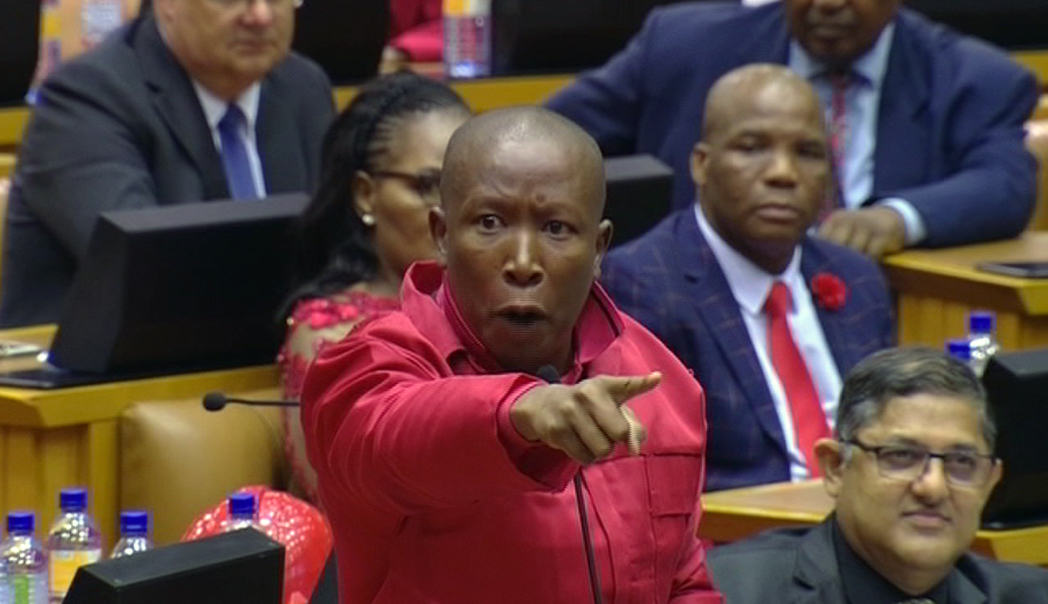 CAPE TOWN – The debate of land expropriation without compensation heated up in Parliament on Monday during the State of the National Address (SONA) debate.

Malema said the investment community knew that Ramaphosa, who became South Africa&39;s new president four days ago, was not serious when he used his maiden address to raise the matter.

Ramaphosa on Friday signalled that he would implement a ruling party resolution to dispense with the "willing seller, willing buyer" model of land reform, under certain conditions.

"Anybody who is worried about investment will be worried about expropriation without compensation. We know you are just passing time… you are bluffing," Malema told Ramaphosa in the National Assembly.

Malema added that it was spurious to attach conditions to land seizures because there were none when the land was taken from the indigent.

READ: ANC&39;s land expropriation without compensation long over due: PAC

"There were no conditions, they just killed our people," he said, adding: "Anybody who is opposed to the expropriation of land without compensation is the enemy of the people."

Ramaphosa in his speech said that speeding up land reform would be part of a policy of boosting the agriculture sector.

Malema reminded Ramaphosa he had a one year mandate as South Africans were due to vote in national elections in 2019.

He said it was clear that Ramaphosa had no firm policies, which is why he announced a series of summits to deal with pressing matters, from youth unemployment to revenue collection.

Malema reiterated that the EFF - a constant political thorn in the side of former president Jacob Zuma - had elected to give Ramaphosa a chance.

Who is our people?

Congress of the People (Cope) leader Mosiuoa Lekota had different view to that of the EFF on the issue of expropriation without expropriation.

He said landowners will be victimised.

"Are you going to change the Bill of Rights in our Constitution," Lekota charged.

He angrily brushed off an interjection by EFF MP Mbuyiseni Ndlozi, who asked how a former political prisoner jailed by the apartheid regime, could oppose the return of land to the dispossessed.

"What were you doing on Robben Island," Ndlozi asked Lekota.

Lekota responded by asking how Ramaphosa chose to define those whose right to property could be usurped.

He listed the country&39;s historic immigrants, from the French Huguenots to Germans who fled Nazi oppression to foreigners who flocked to be part of the Gold Rush of the late twentieth century and asked whether the president planned to expropriate the land of their descendents.