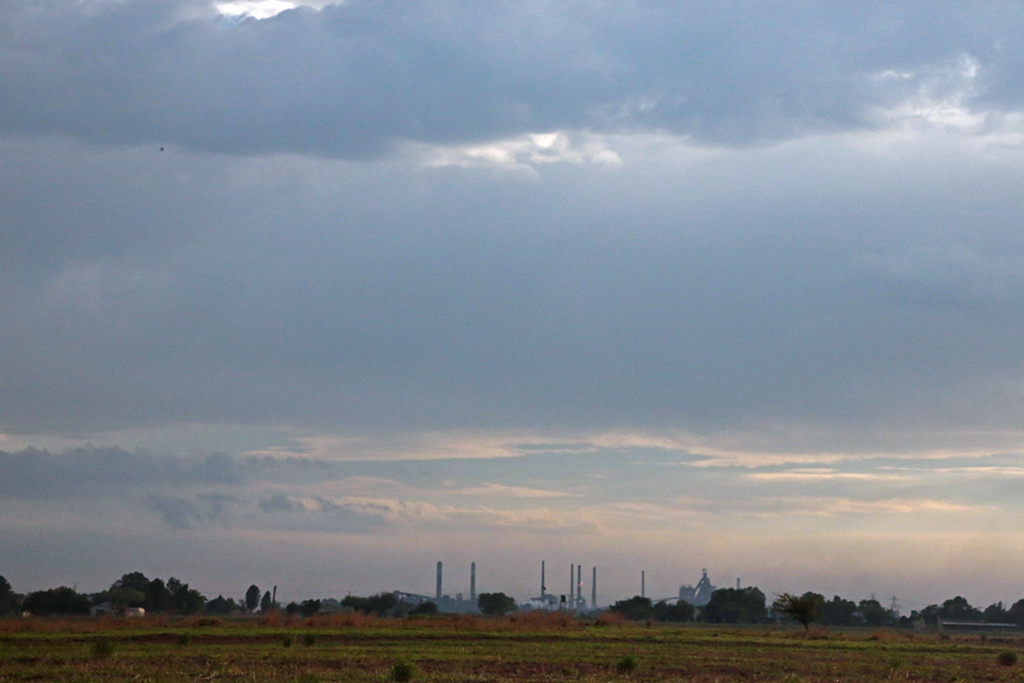 JOHANNESBURG – In 1994 a number of people bought property in a farmland area of the Vaal known as Louisrus and Steel Valley, in the south of Johannesburg.

They bought property close to the Iscor steel plant, which has now become part of ArcelorMittal South Africa (Amsa).

When residents started to complain, Iscor engaged in a series of tests and studies to determine if their plant was causing any harm.

The reports formed part of Iscor&39;s environmental master plan, which was completed in 2003 but kept secret from the public until Monday.

Samson Mokoena’s father was one of the people who bought a smallholding in Steel Valley.

He grew up farming with his family, but today he is leading the cause to find out the truth about the pollution as co-ordinator of the Vaal Environmental Justice Alliance (Veja).

On Monday the alliance released the 8,000-page environmental master plan to the public after a long struggle to get access to the document.

Representing a coalition of community organisations, the alliance fought a 12-year battle to get access to environmental reports about how the steelmaker was polluting their community through wastewater and air pollution.

“The people of Steel Valley believe that Iscor and Amsa held information from the public deliberately. To us it meant that there was something fishy about the document if they were refusing to make it available in a free democratic society,” said Mokoena.

He explains that the community suffered a long time from what they believe was effects of pollution.

“People were sick with cancer, some had kidney failure. People lost their livelihoods, animals were deformed and died, crops didn’t grow properly,” he said.

The Integrated Report of January 2003 included in the plan notes that there was substantial pollution at the Vanderbijlpark plant.

There were also high levels of cadmium noted which are especially harmful to the kidneys.

The alliance says it had met with Amsa for years to try to gain access to the document.

Only in 2011, when the alliance in partnership with the Centre for Environmental Rights requested the document through the Protection of Information Act (Paia), that things started to change.

Amsa refused the Paia request, which resulted in legal action and both the South Gauteng High Court and the Supreme Court of Appeal ruled that Amsa should release the report to the alliance last year.

In Amsa’s 2014 consolidated financial statements it stated that they decided not to challenge the matter further and it handed over the information on December 17, last year.

“The company seeks to pursue a path of open and transparent engagement with the Veja and all other stakeholders for that matter,” noted the statement..

The environmental centre&39;s attorney, Robyn Hugo represented the alliance in legal action against Amsa and said the case will change the way environmental rights are defended in court in future.

“This is a leading case on access to environmental information and we’re going to rely on it. All industries should take note that secrecy is no longer acceptable,” she said.

Dr Victor Munnik, of the Society, Work and Development Institute at the University of the Witwatersrand, has been studying pollution in Steel Valley for 15 years.

Munnik said this kind of struggle is arduous but it&39;s worth the time and effort.

“Defending yourself from pollution takes a long time to work through but it’s an important sign for business that democracy is arriving,” he said.

This is just the beginning of the process to get justice for the people, said Mokoena. They are now evaluating the document thoroughly to see what future steps can be taken.

Kesebone Maema, spokesperson for Amsa, said they would not respond to questions from eNCA.com until they had time to study the documents issued by the environmental centre and the alliance.

“Only after we have studied the documents will we be in a position to provide a response,” she said, adding the steel giant is hoping to work with both groups to address their concerns.

“It also needs to be stated that good progress has been made to date in reducing the (environmental) risks that stakeholders were most concerned with at the time,” said Maema.

Watch the documentary below, Breaking the Steel Wall made the South African Human Rights Commission and the Centre for Applied Legal Studies about this case.

Breaking the Steel Wall from One Way Up Productions on Vimeo.