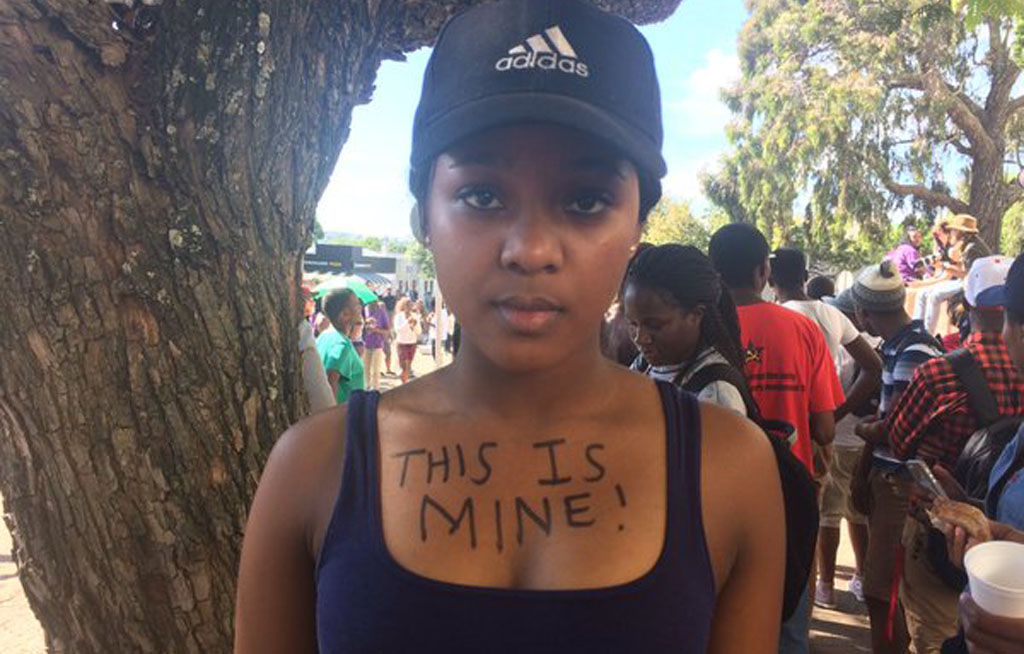 Rodes University shutdown on Wednesday 20 April 2016 as hundreds of students gathered to protest against rape on campus.

Hundreds of students and some support staff gathered at the drama department on Prince Alfred road inside the campus.

A statement by the by university&39;s management was read to the crowd informing them that all academic activity had been suspended until further notice, due to the ongoing protests.

Earlier, reports confirmed that a number of students were shot at by the Grahamstown South African Police Service with rubber bullets.

Protest leaders were demanding immediate action by RU management against the people they identified as “rapists”.

A list of the names of the alleged sexual abuse offenders, which circulated on social media, has been forwarded to the RU management.

The protesters demanded that these individuals be suspended from the university immediately and later expelled.

Pictures of protesting female students in various forms of undress have also made the rounds on social media.

I am so inspired by this generation of SA students. Courageous young women at Rhodes taking back their bodies & their voices. NakedProtest

RU confirmed that three protesting students were arrested by police on Wednesday.

The institution&39;s Media Relations Officer, Catherine Deiner released a statement responding to demands made by students during the shutdown.

The 12 point statement commits to the creation of a task team to review the Rhodes University Sexual Assaults Protocol; increase capacity for receiving complaints of harassment and sexual assault; and in time to hold lectures on sexual violence.

The university rejected a demand from the protestors to summarily deal with students that had been named on the list of possible offenders without investigating the allegations.

Meanwhile the Democratic Alliance said it will on Wednesday submit parliamentary questions on the resourcing and capacity of the Grahamstown SAPS station. The party wants to assess the ability of the police in the town to address claims of sexual assault.