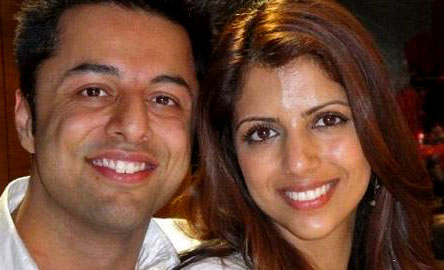 Shrien Dewani and Anni Hindocha met in Bristol and dated for 18 months before getting married on October 29, 2010.

London - It could take years before honeymoon murder accused, Shrien Dewani, is extradited to South Africa.

Legal experts believe it might never happen if he continues to exercise the wide range of legal options open to him.

The Westminster Magistrate’s Court is expected to rule on whether he was fit to be extradited later in July.

Dewani is accused of masterminding the murder of his new bride, Anni, while on honeymoon in Cape Town in November 2010.

It has been a protracted two-and-a-half-year battle to secure his extradition to South Africa and chances are, it could still take much longer.

Extradition expert Gary Eisenberg said: "Every decision itself being appealable from court to court, to the House of Lords, to the European Court of Human Rights and it&39;s very, very difficult to speculate how long each leg will take. His condition, as a result of the appellant process itself could worsen because it&39;s a very unstable condition."

In March 2012, a British Court orderedthe murder accused extradition be halted on condition that his mental state improves.

In recent developments, Judge Howard Riddle has to decide whether Dewani&39;s condition has improved sufficiently to stand trial for his wife murder and whether South African facilities were adequately equipped to treat him.

"Because on appeal the judge believed that it would be unjust and oppressive given his mental condition to send him back to face public psychiatric institutions, public health care and the jail system, that&39;s the only issue left to decide," said Eisenberg.

Eisenberg believes that as long as the Dewanis have enough money to keep Shrien in the United Kingdom, bringing to an end the Dewani honeymoon murder saga, could still be a long way off.

Riddle was expected to deliver his judgment on July the 24th.