Lesotho election outcome to be announced 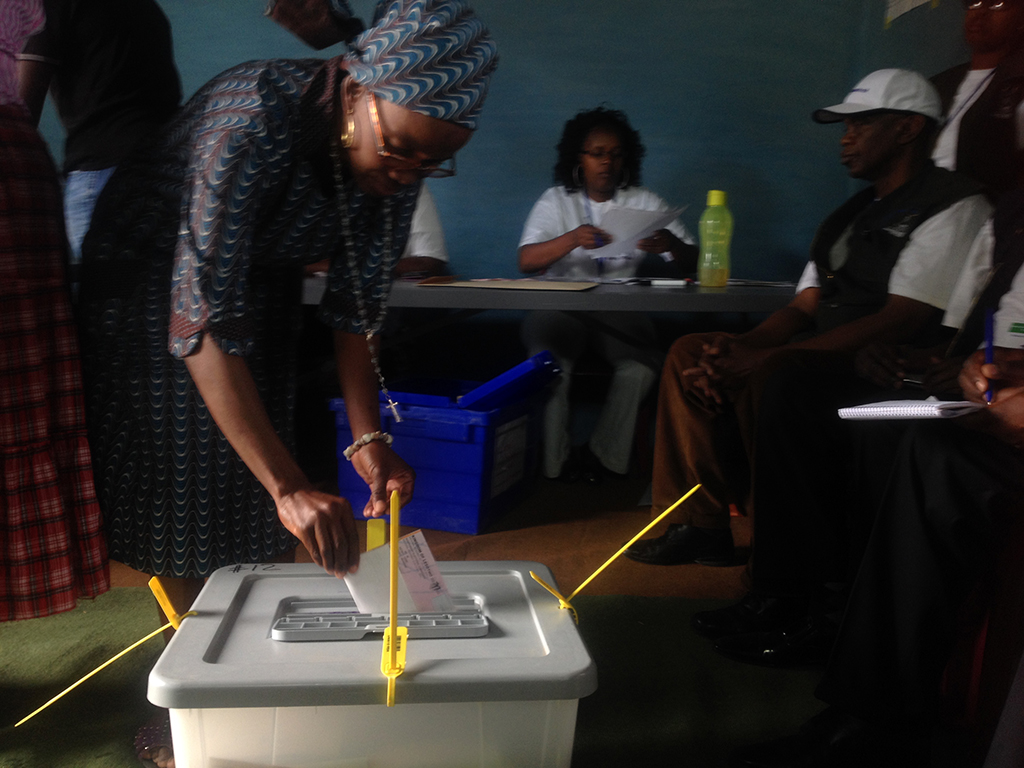 A voter is seen in Leribe, Lesotho, after casting her ballot on 28 February 2015. Basotho were forced into early election following an attempted coup last August.

MASERU - Elections results are set to be announced in Lesotho’s capital Maseru on Sunday.

This follows a day of peaceful voting on Saturday, despite security fears and the deployment of peacekeeping reinforcements.

Over one million registered voters were expected to cast their ballots at more than 1,500 polling stations.

“Everybody that I have come across tells me that everything has worked extremely well  - the voters have been streaming to the voting stations in large numbers and the queues have been long which tells us that the Basotho people have responded most positively to the call to bring about stability and peace in their country,” said Southern African Development Community (SADC) facilitator Cyril Ramaphosa, the Deputy President of South Africa.

Ramaphosa, who arrived in the country on Saturday afternoon, visited some polling stations praising Basotho for a “wonderful step they have taken to restore peace and stability in the country.”

“I have confidence that everyone will participate in ushering new order and they will accept the results,” said Ramaphosa.

Ramaphosa has been facilitating political dialogue in the country since the collapse of the first coalition government led by Prime Minister Tom Thabane of the All Basotho Convention (ABC), Deputy Prime Minister Mothetjoa Metsing of the Lesotho Congress for Democracy (LCD) and Basotho National Party (BNP) leader Thesele Maribane.

The country was thrust into an early election after an attempted coup that saw the prime minister and senior government officials flee the country.

At the time, hundreds of police officers were reported to have also fled the country as tensions rose and security was compromised.

Two years before scheduled elections, Basotho were once again forced to elect a new government on Saturday.

The commission briefed media after polls closed at 5pm. Counting began immediately in the presence of observers.

IEC chair Justice Mahapela Lehlola said, although there were minor glitches, the day was a success.

While Thabane got to cast his vote early on Saturday, his rival Deputy Prime Minister Mothetjoa Metsing marked his ballot paper on Sunday morning in the Leribe district, some 80-kilometres from Maseru.

Metsing says his party, the Lesotho Congress for Democracy, is still open to a coalition government.

He conceded that the previous coalition was a failure.

"There&39;s nothing wrong with a coalition. Many countries all over the world are governed by coalitions. It was the first attempt, we have to admit it. We could have done better if it was not led by the current Prime Minister." said Metsing.

Results are expected on Sunday.

Watch the video above for an interview with an election official.