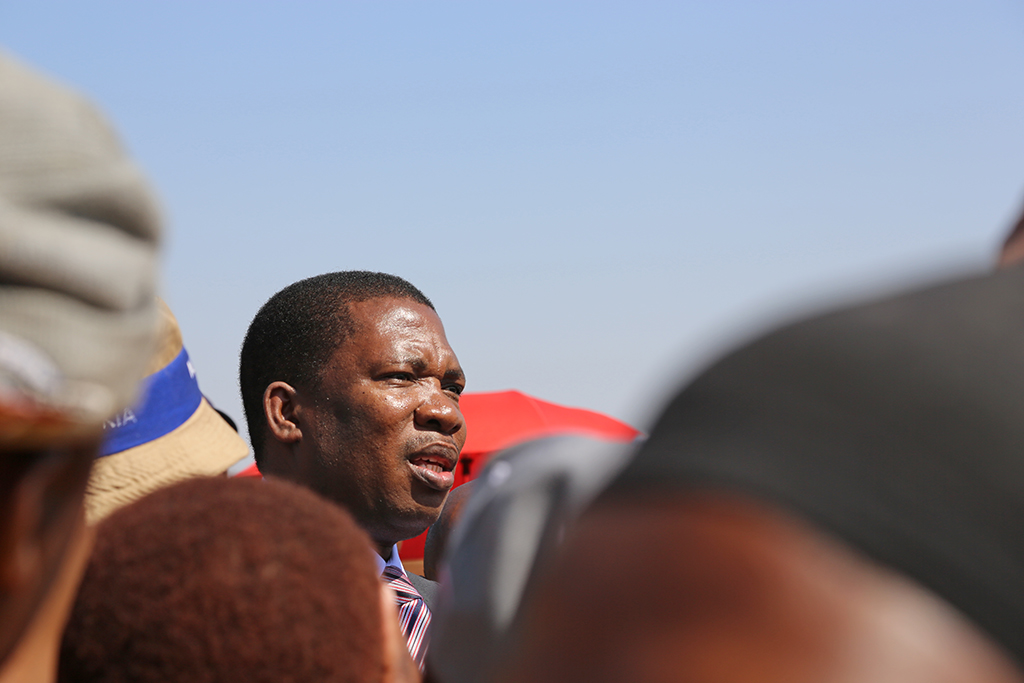 Gauteng Education MEC Panyaza Lesufi is seen addressing parents at Ema Primary School in Winterveldt, Pretoria, on 26 September 2014. It follows the death of three children at the school.

JOHANNESBURG - Gauteng Education MEC Panyaza Lesufi is set to meet parents at the Roodepoort Primary school on Tuesday, after a February race row.

Parents protested demanding a probe into racism and corruption at the school.

Coloured parents were unhappy with the appointment of a black principal and her two deputies. They claimed that the recruitment process had been flawed.

Meanwhile black parents protested that the staff were victims of racism.

The principal has also been accused of mismanaging school funds.