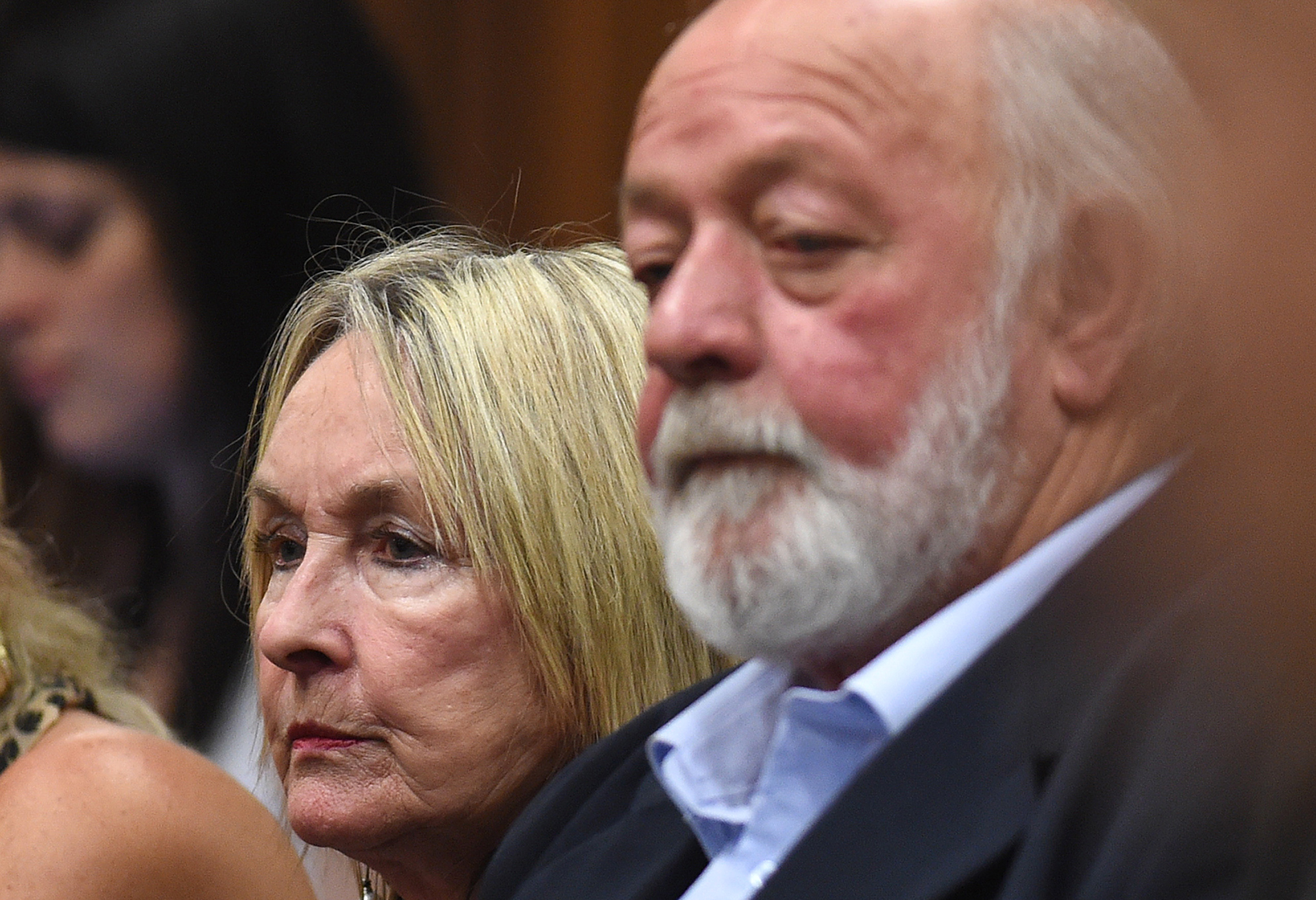 Barry and June Steenkamp, parents of Reeva Steenkamp, listen as judgment is handed down in the murder trial of Oscar Pistorius at the High Court in Pretoria on Thursday, 11 September 2014

PRETORIA - June and Barry Steenkamp have written to the parole board saying that ten months for taking a life "is simply not enough".

In the write-up, submitted to the parole board as part of the family&39;s representation, the bereaved parents say that possible parole for Oscar Pistorius less than a year into his prison term could send out the wrong message.

It begins, "We have forgive Mr Pistorius even though he took the life of our precious daughter, Reeva."

Later in the same letter, the pair express concern at the possible release on parole for which Pistorius is eligible in August 2015. The State, meanwhile, intends to appeal Judge Thozile Masipa&39;s ruling of culpable homicide for Reeva Steenkamp&39;s death.

The exact date of the appeal has yet to be be finalised. Five judges will hear the State&39;s appeal, but normally it&39;s three in criminal appeals.

BREAKING: Correctional services confirms OscarPistorius has been recommended for release on probation on 21 August.

The Steenkamp&39;s letter to the parole board continues:

Our lives will never be the same as we live with the sadness of her death every day. Reeva had so much to offer this world and we were all robbed of her life when she was killed. As her family, we do not seek to avenge her death and we do not want Mr Pistorius to suffer; that will not bring her back to us. However a person found guilty of a crime must be held accountable for their actions.

Statistics show that our society is under continuous attack from criminals and murderers. Incarceration of 10 months for taking a life is simply not enough. We fear that this will not send out the proper message and serve as the deterrent it should.

The couple&39;s daughter, law graduate and model Reeva, was dating paralympian Pistorius when she was shot and killed on Valentine&39;s Day, 14 February 2013.

ABOVE: Reeva Steenkamp&39;s parents have expressed concern at the prospect of Oscar Pistorius, who shot and killed their daughter Reeva in 2013, obtaining parole in late 2015. PHOTO: eNCA / Twitter / Gina Myers / AFP

Steenkamp was killed when struck by Ranger T-type ammunition - or, expanding bullets - which Masipa ruled had been discharged in a case of culpable homicide.

After a lengthy and widely publicised trial, she sentenced Pistorius to five years imprisonment imprisonment for shooting Steenkamp.

Masipa sentented Pistorius to a suspended three years in prison for negligently discharging his firearm in a separate incident, at a Johannesburg restaurant in January 2013.

Since receiving his sentence in October 2014, Pistorius has been serving out his term at Kgosi Mampuru II prison in Pretoria.

ABOVE: Oscar Pistorius on the bench at the North Gauteng High Court on Monday, 13 October 2014 during sentencing procedures for shooting his girlfriend Reeva Steenkamp on Valentine&39;s Day in 2013. Judge Thokozile Masipa sentenced Pistorius to five years in prison for culpable homicide and a further three years suspended sentence for the illegal discharge of a gun. PHOTO: SAPA / AFP / Pool / Marco Longari

According to a February 2015 report by eNCA reporter Karyn Maughan, it is understood Pistorius had lost 12 kilograms while behind bars, and only left his cell for about two hours per day.

Steenkamp&39;s mother June published a book on her daughter&39;s life, entitled &39;Reeva: A Mother&39;s Story&39; which included artworks painted by a teenage Reeva.

In the ghost-written publication, Steenkamp&39;s mother asserts the model was planning to leave Pistorius and that the couple never consumated their relationship.

June Steenkamp, who said she was "still haunted" by her daughter&39;s death, has repeatedly spoken on her disappointment with the South African justice system.

Reeva Steenkamp&39;s uncle recently said the man who shot and killed his neice should "do something good" with his life.

Pistorius is currently being kept in the hospital wing of the Kgosi Mampuru II Prison in Pretoria.

According to his lawyer, Rohan Kruger, Pistorius spends about 23 hours of his day in an isolation wing. Most of that time is apparently consumed by reading the Bible and praying.