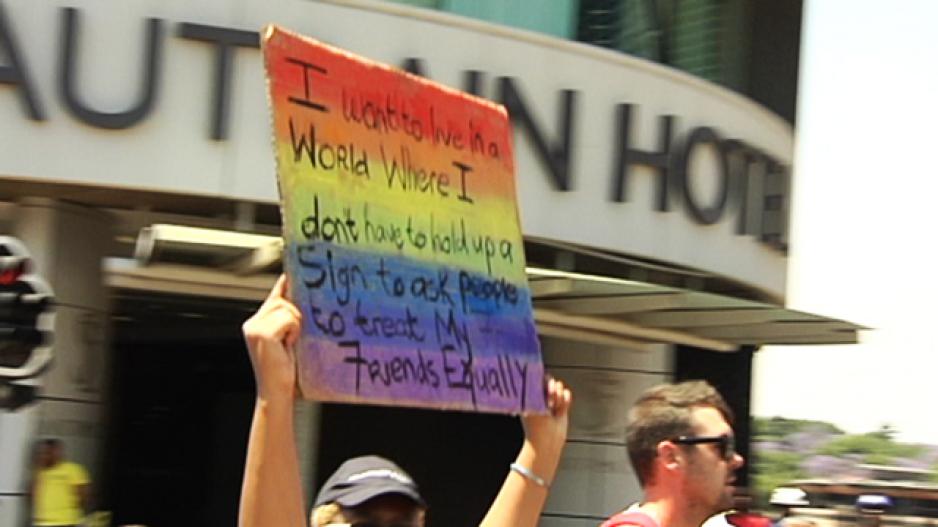 Johannesburg - Johannesburg's LGBT community did not have much to show on the 25th anniversary of the pride march on Saturday. The turnout has gone down significantly over the years, with some expressing concern over non-inclusiveness within the community

SOWETO - Lesbians say they are living in fear following the brutal murder of Lerato Moloi in Soweto.

Moloi was found dead on Sunday with stab wounds and rocks around her head, in what is believed to have been a homophobic hate crime.

Masithandane Collective spokesperson Seipone Moore said, "We live in fear. I am now policing myself. I can't go to any places. I can’t visit a shebeen if ever I want a beer and to socialise like everybody else because I am being pointed 'there is a lesbian'."

The LGBTI organisation says the murder is not getting the attention it deserves.