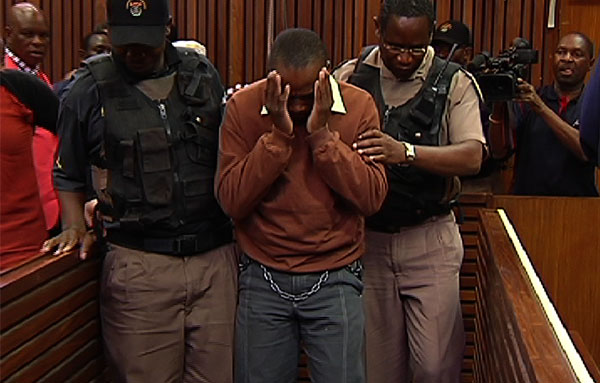 MIDDELBURG - Serial killer Petrus Madiba has been sentenced to life in jail.

Judge Bill Prinsloo told the Middelburg Circuit Court that Madiba will remain a threat to society for as long as he lives.

He therefore ordered that the life sentence runs subsequent to the 35 years Madiba is already serving.

He apologised to the families of victims, saying he was sorry he had taken their loved ones away.

Madiba had admitted to killing eight women and a baby.

Judge Prinsloo questioned Madiba’s motive for the confession, saying it was probably that Madiba pleaded guilty because the case against him was overwhelming.

On Thursday, Madiba told the court he was sorry for the killings, but said also that his victims provoked him to rage, causing him to kill.

Judge Prinsloo: given the real danger that serialkiller Madiba poses, I order that this sentence runs AFTER 35 years he&39;s already serving.

Tweets about "serialkiller AND (FROM:@KarynMaughan)"