Lily mine collapse: Time running out for trapped workers 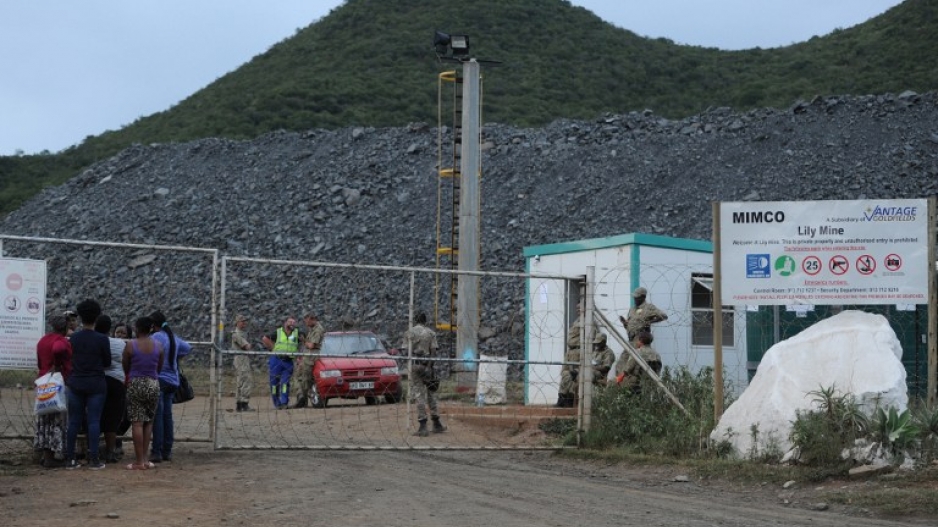 Teams from around the country were also being coordinated to help with the intensive rescue operation.

JOHANNESBURG - Intensive rescue operations to free three employees trapped at Lily mine in Mpumalanga continued for the fifth day on Wednesday with rescuers noting that time was quickly running out for the workers, owners Vantage Goldfields said.

The rescue teams had identified that the employees were located 12 metres away underground.

“Sophisticated electro-magnetic technology identified that the container with three missing employees is 12 metres away, desperate rescue efforts to enter the ‘red zone’ with time running out for any survivors of Friday’s disaster,” the company said.

“The rescue teams refer to the ‘red zone’ as the period when it becomes physiologically unlikely that survivors would be able to survive without adequate oxygen, water and other life-sustaining elements.”

The two women and a man -- Pretty Mabuza, Yvonne Mnisi and Solomon Nyarenda -- were working in the lamp room above surface when a 100 metre long sinkhole opened with no warning, sending their steel container office plunging tens of metres beneath thousands of tons of rock and other debris last week.

“It is incredibly frustrating and disappointing to possibly be less than 12 metres away from the container, but still potentially many hours away from reaching our target,” said Mike McChesney, CEO of Vantage Goldfields.

“Some of the rocks that need to be extracted are more than twice the size of a large off-road vehicle, and have to be carefully drilled and blasted to try and avoid any negative impact on the container and our three colleagues who remain trapped inside of what’s left of that structure.”

Families had gathered at the mine site since the accident happened, hoping that their loved ones would be rescued.

The company said at least 60 relatives of the missing employees were on site and were regularly updated on progress.

Teams from around the country were also being coordinated to help with the intensive operation, the company said.

“Search and rescue teams assembled from around South Africa are approaching 120 hours of continuous operations to remove thousands of tons of rocks that still surround the steel container.”

Operations at the mine remained suspended until the rescue efforts was completed and the situation normalised.