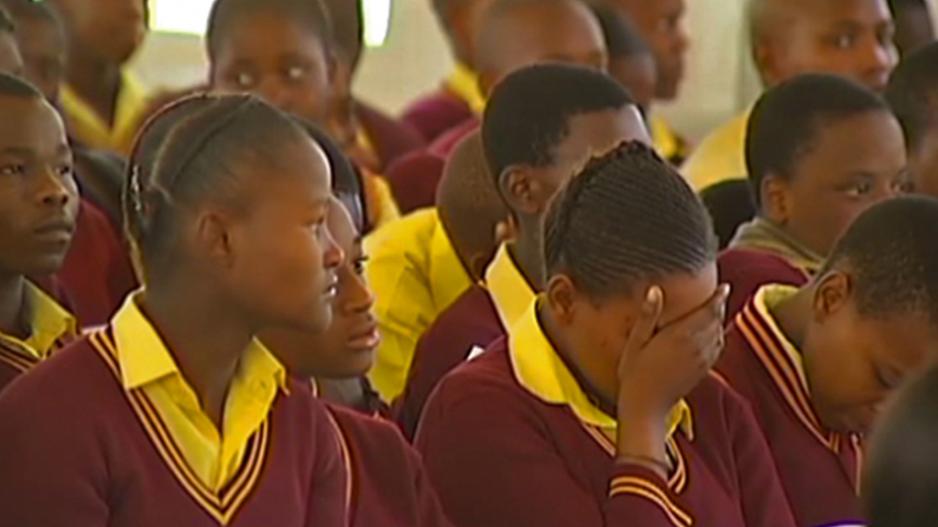 Pupils held a memorial service for five children killed when the vehicle they were traveling in hit a cow and slammed into a sludge dam in Mooi River.

LIMPOPO – More the 100 pupils were admitted to a hospital in Limpopo after crushed glass was allegedly found in their food.
Pupils from the Kwena Tshwena Primary School in Ridgefontein were rushed to the St Rita’s Hospital where a hospital employee spoke of how the children were in pain and vomiting.
The employee who did not want to be named said, “At around 3pm on Monday, four children were brought to the hospital complaining about stomach irritation, cramps and they were vomiting."
“Later in the day about 18 more children were brought in and by 8pm there were more the 150 children from the school, some were transported in taxis while others were brought in by emergency services.”
She added, “Some of the staff from the schools feeding scheme also came complaining from the same irritations, as they had eaten some of the food.”
Thabo Mogoaneng, an uncle of one of the children said, “It’s not the first time something like this is happening. Last week something similar happened at a school in the same district about 30km from Kwena Tshwena Primary School.”
“It is alleged that the poisoning of crushed bottles found in foods is caused by one food suppliers fighting over tenders,” Mogoaneng claimed.
One of the children’s mothers who also asked not to be named said, “Yesterday after school my son was vomiting, complaining about stomach aches and had a runny tummy."
“I took him to the local clinic and when we got there, there were about 30 other children from the school. We were transported to the hospital by taxis.”
“We got back home at 6am from the hospital. He is okay but I don’t know about the other children."
“I have no idea what was in the food,” she added.
Communications director of Basic Education, Elijah Mhlanga, says, "We have sent a team to Limpopo to investigate this and reports indicate suppliers are giving food to schools which are in breach of prescribed norms."
"In the next day or two we’ll be making an announcement. The indication is that we will terminate contracts (with suppliers)."
"This nutrition programme is supposed to support children not put them at risk, so we aren’t accepting any excuses."
In September this year Mbali Mahlangu and her cousin Precious Msiza died together with another child due to suspected food poisoning after eating feeding scheme food at Ema Primary School.