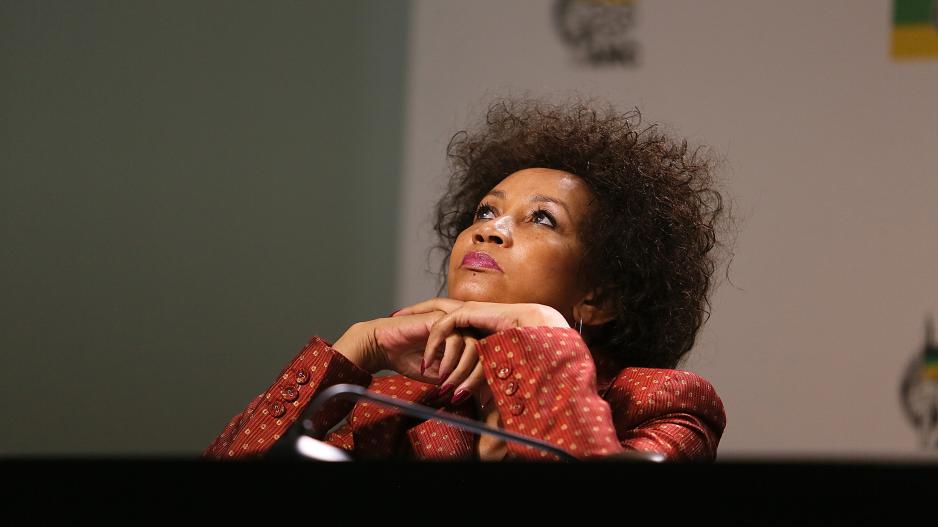 Minister of Human Settlements Lindiwe Sisulu listens as the Minister in the Presidency, Jeff Radebe addresses the media on the upcoming ANC national general council on August 17, 2015 at Luthuli House in Johannesburg.

Several ANC Women's League regions in the Eastern Cape have endorsed Sisulu, saying she has the experience to be the next party leader.

Her nomination is in defiance of the Anc Women’s League call to back Nkosazana Dlamini-Zuma as the only female candidate.

Sisulu has asked her supporters to run her campaign with integrity, adding that she will focus on fighting corruption.

ANC national chairperson Baleka Mbete has thrown her name in the hat to succeed Zuma.

Mbete, the most senior woman official in the ANC leadership hierarchy and its chairperson for nearly a decade, said she was ready to lead the party.

"I think it would be odd if I was to reject a nomination by branches of the ANC, by delegates of the ANC,” she said.

“Yes, I have always been a person ready for any job by the ANC. I didn't encourage my people who were already telling me that they wanted to nominate me. I said to them, 'No, it is not yet time.' Of course, now it is after the policy conference … I am ready.”

READ - Radebe's name thrown in the ring for ANC presidency

In August, Parliament will vote on a motion of no confidence tabled against Zuma.

Mbete, who is the National Assembly Speaker, has to decide whether to allow a secret ballot or not.

The ANC has warned its members in Parliament off going against the party line in the no-confidence vote.

The governing party’s chief whip says the ANC caucus has been advised note to vote to remove Zuma from office, but some MPs have expressed their intention to vote with their conscience.

One of them, ANC MP Makhosi Khoza, has received death threats but no protection from her party or Parliament.