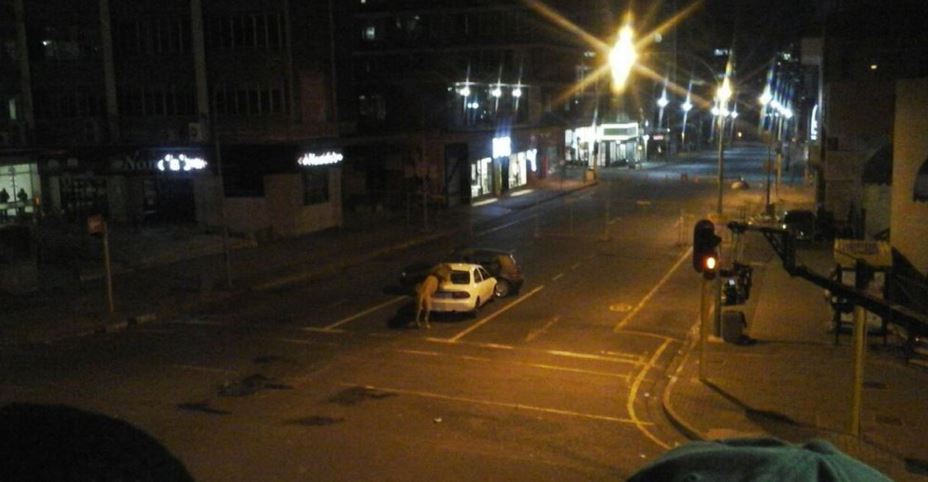 Pictures of a fully grown male lion in the streets of Braamfontein were posted on twitter on Monday night.

JOHANNESBURG – What would you do if you saw a fully grown male lion in the Johannesburg central area of Braamfontein?

That lion is an accessory to some fashionista I&39;m Braam

Well, the beast was spotted on the streets of trendy Braam, a long way away from “Pride Rock” or perhaps somebody made an unfavourable roll of the dice playing Jumanji.

When you are a hobo sleeping and you hear a lion roar braam Braamfontein braamlion pic.twitter.com/v7VCMDW1yR

WTF! How?! "@frypanmfula: Lion spotted in the streets of Braam. By Nandos. Braam streets are mad official. pic.twitter.com/c2wkvNO8Tp"

Twitter was set alight with speculation, with some saying it was a Nando&39;s advert gone wrong and that the Kruger National Park’s overnight security had fallen asleep on the job and left the front gate wide open for the lion to escape.

Well as it turns out, the lion is not in town to wish the President a happy birthday but is, according to reports, being filmed as part of a movie being shot in the Braamfontien area.