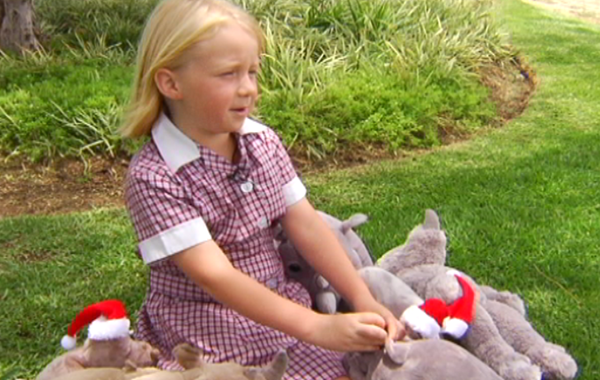 JOHANNESBURG - She’s only in Grade 1, but a little girl from Johannesburg is already making her mark in the fight against rhino poaching.

Her efforts have won her a SANParks award for conservation, and she&39;s been recognised as a Rhino Champion by the Honorary Rangers.

Alyssa wants to protect her favourite animal from extinction; by contributing to the Kruger Park’s anti-poaching initiatives.

“I was learning about endangered animals, then I decided to do something about it… And I’m going to have a dog by the gate,” said Alyssa.

With the help of her parents she started making chocolates and selling them for R10 each.

The wrappers feature a picture, hand-drawn by Alyssa herself.

Alyssa will now also start selling soft rhino toys and stickers at her school to make even more money for her project.