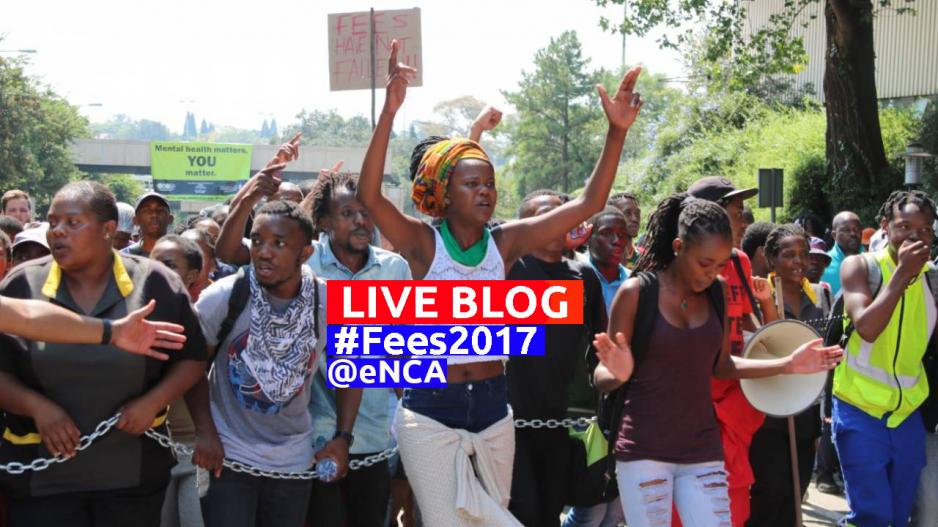 Students at various campuses are deciding on the way forward following government's recommendations for fee increases for 2017.

JOHANNESBURG - Two members of UKZN&39;s academic staff and students have been arrested. They&39;d been at a small gathering to discuss FeesMustFall.

One of the arrested staff members threatened to sue the SAPS, saying UKZN interdict only applies to students, not the staff as well.

Lecturer Clint Le Bruyns says he and his colleague were later released on a warning.

At least 6 students are reported to have been arrested on Monday morning.