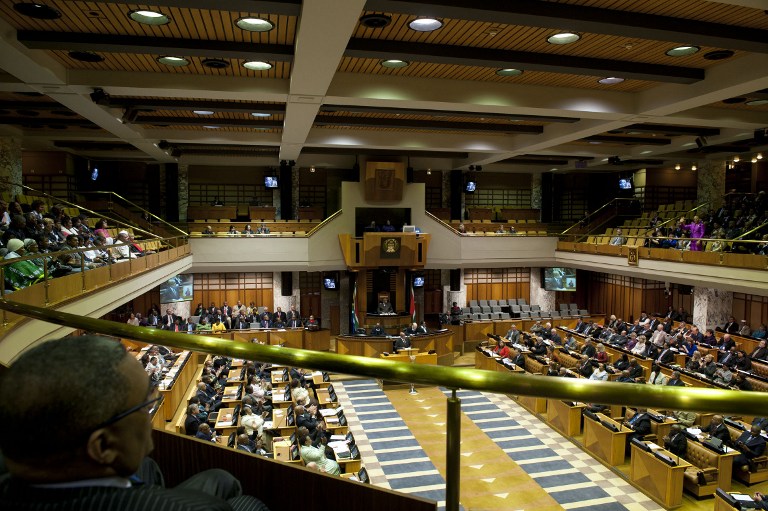 CAPE TOWN - Deputy President Kgalema Motlanthe addressed a special sitting of Parliament on Monday, three days into national mourning of the Father of the Nation Nelson Mandela. Mandela passed away at his home in Houghton on Thursday evening at 20:50.
During his address, Motlanthe said he was deeply honoured and sad to be in attendance. He reminded the nation that Mandela taught people that no-one was born hating another. He said Madiba&39;s ideals "saturated the face of earth". Motlanthe called Madiba an old-fashioned "saint". "I am sad to say farewell to a saint that didn’t consider himself a saint but a sinner that kept on trying."
Motlanthe said Mandela’s vision transcended the physical borders of South Africa. He said Mandela&39;s name had "evolved into a metaphor".
"Know that the Mandela phenomenon is unthinkable outside its historical setting."
Motlanthe said Madiba was a man who belonged to all humanity and that his dream "did not end with his passing." Watch his full tribute in the gallery above.
Democratic Alliance leader Hellen Zille also addressed Parliament on Monday. She said Madiba&39;s death "united the world in grief but it has also united us in hope." She said time would heal the pain of his loss.
"How do we earn our freedom now?" she asked the gathering of MPs.
"His most famous words [are] &39;It’s a long walk to freedom&39;. The destination is not yet reached... it never is. Ahead is a freedom that all South Africans can use. Mandela has handed the baton to us and we dare not drop it." Watch her full tribute in the gallery above.
The sitting of the National Assembly and National Council of Provinces began 2pm and was expected to end at 4.30pm. President Jacob Zuma and representatives from other political parties were also expected to speak. You can view their tributes in the gallery above.

View a piece looking back at the first time Parliament said goodbye to Mandela at the end of his presidency.