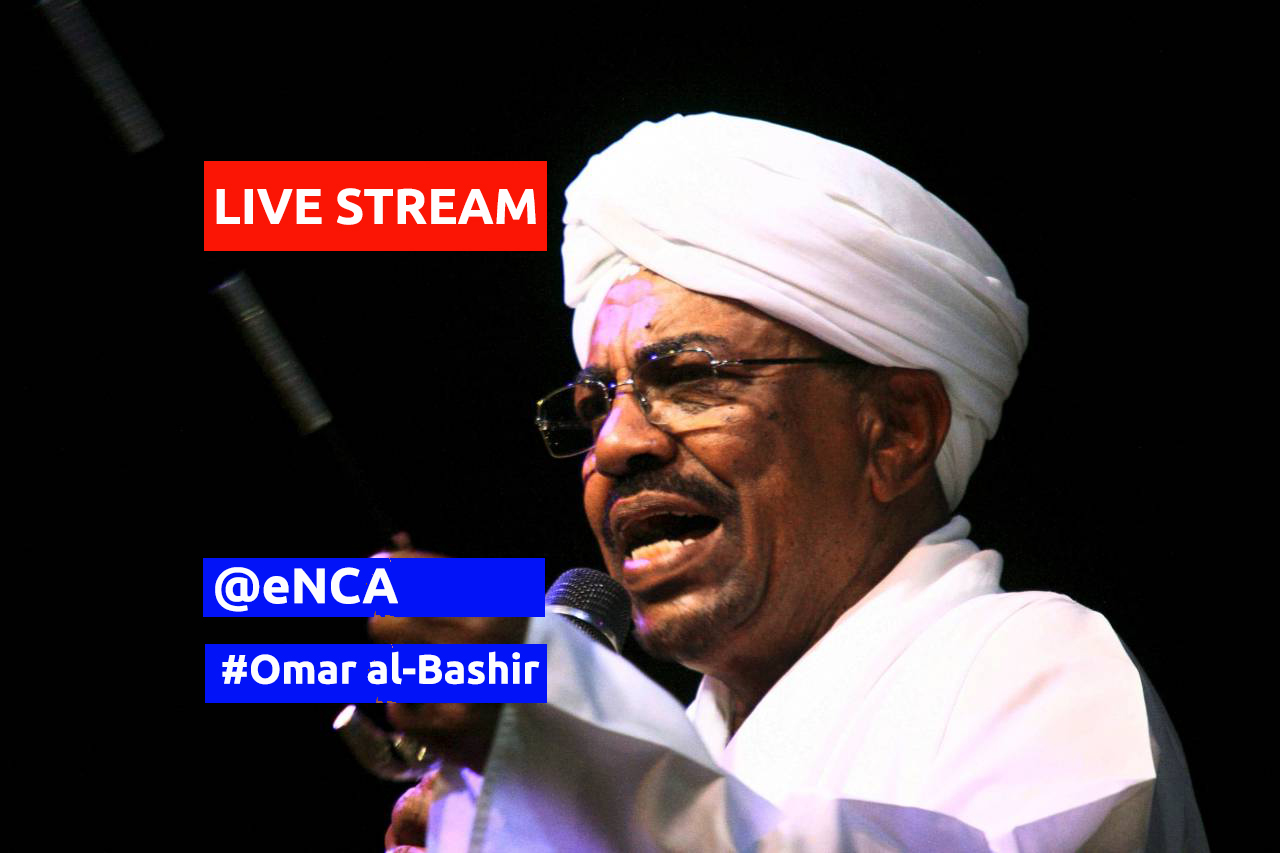 Detention hearing for Sudan's Omar al-Bashir who was indicted by the International Criminal Court in 2009 and 2010 for alleged war crimes in Sudan's Darfur region dating back to 2003.

Watch the recorded proceedings in the gallery above

PRETORIA - Judge Hans Fabricius will rule in the South Gauteng High Court on Monday on whether or not the South African authorities should be compelled to arrest Bashir.

The case was postponed from Sunday to allow the government to respond to an application by the SALC for the court order for the arrest.

Fabricius issued an interim order to border authorities in the Department of Home Affairs to prevent Bashir leaving South Africa until he had delivered his judgement on whether or not Bashir should be arrested.

Watch updates from court on the galleries below

Bashir had appeared at the AU summit earlier on Sunday, was included in the group photograph of the African leaders, and was photographed in the hall at the start of the opening ceremony.

Lawyers are expected to begin arguments around 11:30am.

OmarAlBashir In right corner - William Mokhari SC appearing for Govt. In left corner - Isabel Goodman boxing for SALC. Let&39;s get it on!

However a Sudanese presidency spokesman told Reuters news agency that the president would be leaving South Africa later on Monday.

"President Bashir is still in Johannesburg but we are leaving South Africa today," Mohamed Hatem said.

Bashir, is in South Africa for the an African Union heads of state and government summit.

He is wanted by the International Criminal court, (ICC) for war crimes and crimes against humanity over atrocities committed in the Darfur conflict.

It’s arguing whether or not Bashir should be arrested while in the country.

The organisation wants President Jacob Zuma and the National Prosecuting Authority be ordered to arrest al-Bashir, in accordance with an order of the ICC.

South Africa&39;s government has challenged the court&39;s decision because it has given immunity to Bashir and all other delegates attending the AU summit.

Sudanese officials said on Sunday that the court order had "no value" because Bashir was invited by the South African government.

The SALC is also arguing that South Africa risks becoming an international pariah if it fails to arrest Sudanese President Omar al-Bashir and extradite him to the ICC.

As a signatory to the Rome Statute, and the ICC Act of 2002 SA  is legally obliged to detain Bashir in the country and ensure his extradition to the Hague.

Arguments in the matter recommence later this morning at the North Gauteng High Court.