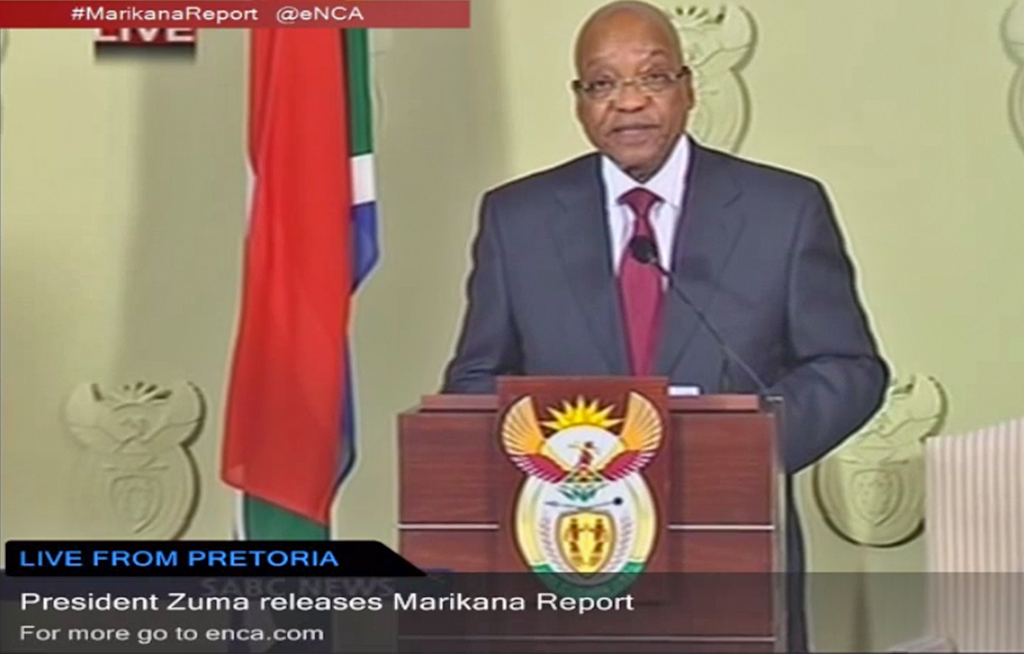 President Jacob Zuma released the findings of the Marikana Commission on 25 June 2015.

Editor&39;s note: This live event is now over. For an updated story, click here. Get full coverage of President Jacob Zuma&39;s announcement here.

On Thursday night, he released the findings of the Marikana Commission into the death of 44 people, following violence at Lonmin&39;s Marikana mine on 16 August 2012.

Zuma said the police drew up an operational plan which entailed the unsettlement of a relatively small group of strikers who would be on the koppie early in the morning.
This phase was only capable of being implemented early in the morning when there would be a relatively small group of strikers.
Instead, the unsettlement plan was replaced by the tactical option which was defective in a number of respects.
The commission found that a police operation should not have taken place on 16 August because of the defects in the plan.

Report of the Marikana Commision of Inquiry