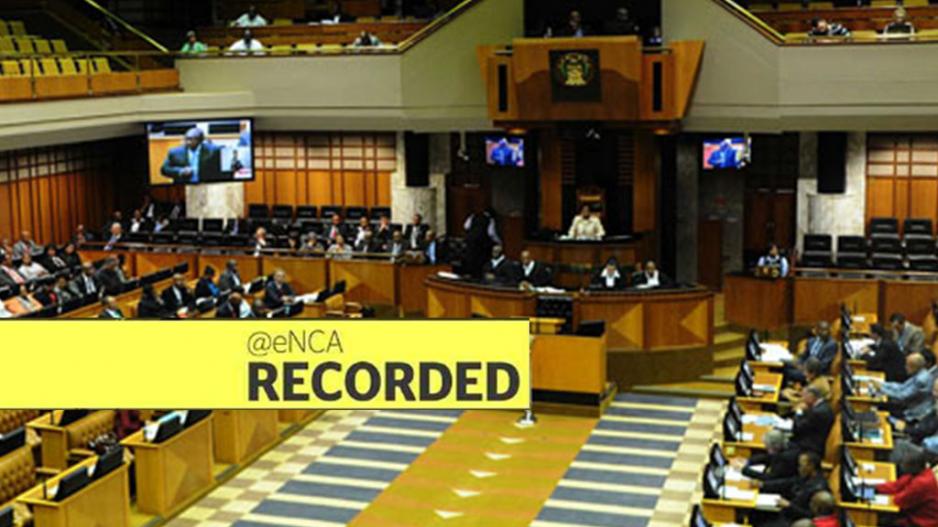 Deputy President, Cyril Ramaphosa, is in the National Assembly to update MPs on government efforts to promote economic growth, and he is likely to be asked about the current crisis in Lesotho.

• Editor's note: This live event has ended. You can watch a recording above.

“Because I work with all of you along party lines. I want to say I’ll just be addressing this matter on a day or two. I take responsibility and be accountable. So I had a sense that because we are all colleagues I should make this statement. I thank you."

The Sunday Independent and Sunday Times reported that he had had numerous affairs with women to whom he had provided financial support.

Speaking Ramaphosa denied this, but confirmed having cheated on his wife more than eight years ago. He said his wife knew about this affair.

One of the women who allegedly had an affair with Ramaphosa, Nonhlanhla Radebe, denied ever having met him.

The deputy president addressed a number of other questions from MPs, including around the economy.

Despite the country recovering from recession, unemployment remains a major challenge. "This is not time to celebrate yet. The task before us is huge. We are far behind our NDP (National Development Plan). The triple challenge of unemployment, poverty etc remains. Our young people continue to be at the epicentre of the unemployment challenge."

Ramaphosa added that economic growth must be achieved. “To substantially raise employment we need to have more inclusive growth, we need to change also the structure of our economy… We need to stabilise our state-owned enterprises..."

MPs also raised Public Service and Administration Minister Faith Muthambi's avoidance of Parliament. Muthambi failed to appear before the Public Administration Portfolio Committee in August, to answer questions about nepotism in appointments to her department and her use of taxpayers' money to fly her family and friends to Cape Town for her budget speech earlier in the year.

Ramaphosa, who is the leader of government business, said the National Assembly should exercise its powers in hold the executive to account. "The matter of Minister Muthambi as I understand is being dealt with at committee level. I will follow it up because that’s where it should start and members of the committee should be able to deal with that matter and should be able to get an explanation from Muthambi. I will be raising it as well."

He insisted he cannot be held responsible for Muthambi's actions, as only the president has the authority to hire and fire members of Cabinet.

The deputy president was also under fire over government's decision to provide Zimabwe's First Lady, Grace Mugabe, with diplomatic immunity following assault allegations. Mugabe is accused of beating a Johannesburg model during a recent visit to South Africa.

Ramaphosa said the matter will be decided in court. "This is a difficult case in light of balancing diplomatic imperatives and balancing natural justice. So all I would say on this matter there are two processes underway. Now even if we may think one may not be successful as the other but the court processes they would be able to deliver a solution in this regard and we will be able to know what should have happened."

There were also some lighter moments, including when MPs called out deputy Speaker Lechesa Tsenoli for unparliamentary language. Watch below: