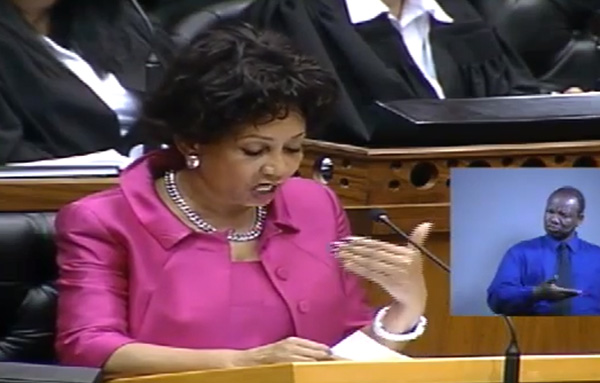 EDITOR&39;S NOTE: This live streaming event has now closed. The video playing above is a recording of the event, now archived.
See highlights from day two of the debate, here.

CAPE TOWN - The State of the Nation debate continues on Wednesday.

Tempers flared on Tuesday as MPs resorted to personal insults during the first day of the debate.

Higher Education Minister Blade Nzimande accused the DA of renting black people for its party, while the UDM’s Bantu Holomisa accused Nzimande of being an alcoholic.

When focus turned to the actual subject being debated, opposition parties argued the president’s State of the Nation Address failed to tell the true story of unemployment, poverty and corruption in South Africa.

"Should the honourable president be implicated in wrongdoing in the public protector’s report on Nkandla scandal, I will not hesitate to table a motion to impeach him in this house," said DA parliamentary leader Lindiwe Mazibuko.