Local fan kicked in the head by WWE wrestler 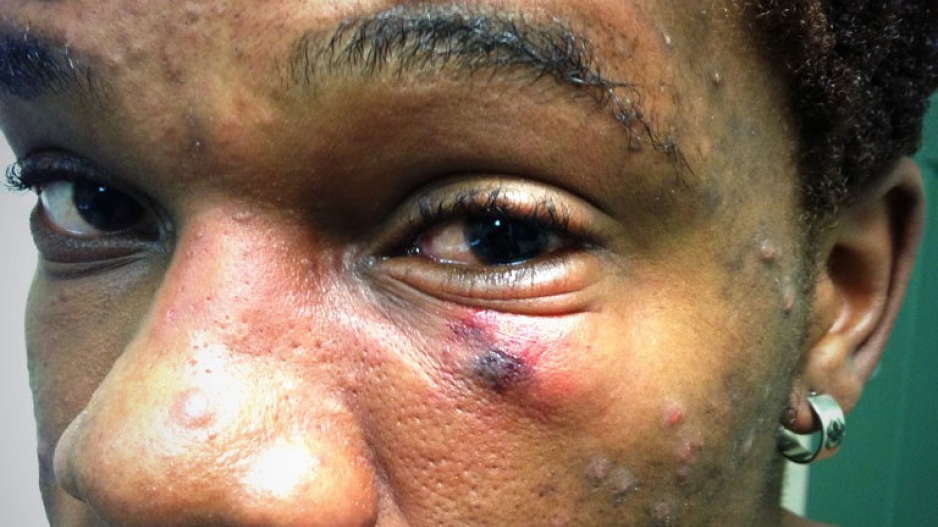 20-year-old Tshepo Sekhabi was left with a black eye after trying to confront wrestler Randy Orton at a WWE event in Cape Town.

An over eager fan was met with a boot to the head from WWE wrestler Randy Orton in Cape Town yesterday after he jumped into the ring and hit Orton in the groin.

Local wrestling fan Tshepo Sekhabi, who quit his job in Johannesburg to attend the event, left yesterday night&39;s WWE world tour in Cape Town with a black eye and swollen face after getting kicked just under the eye by Orton.

The World Wrestling Entertainment (WWE) is currently performing events across South Africa as part of its World Tour.

Sekhabi had time to pause and size up Orton, who was standing on the rings corner ropes, before executing a shocking blow to the wrestlers groin.

Orton fell to the canvas following the hit as security rushed in to apprehend the assailant. Security managed to haul Sekhabi out of the ring, but not before the ‘Apex Predator’ managed to cross the ring and deliver a solid kick to his attackers head.

An equally irate Langston, real name Ettore Ewen, also had to be restrained by security from accosting Sekhabi outside of the ring.

Sekhabi was escorted to the casino’s security offices where he was issued with a five-year ban notice.

See gallery above for video posted by fan on YouTube

In the offices Sekhabi, who said he doesn’t drink or take any drugs, eagerly posed for photos and willingly gave a statement to security personnel.

Calling himself “Jozi, the wrestling machine” Sekhabi said he planned the attack before he arrived said “I just don’t like Randy Orton, this was an opportunity for me so I got up there and made a name for myself.”

Sekhabi said he quit his job as an admin clerk in Johannesburg where he trains in kickboxing with his uncle in Elsburg near Germiston.

Speaking after the incident, a senior member of WWE’s international relations team said it was unlikely the organisation was going to press charges.

“Fans get over-excited, and these kind of things happen – it’s not the first time and I doubt it will be the last,” said the staff member.

The employee said the WWE would release a full statement about whether further action will taken or if Orton will issue and apology.

On its website the WWE said it did not know "the extent of Orton&39;s injuries" adding that "the matter is currently under investigation by the local authorities, and the South African fan is being held in jail pending criminal charges."

An assistant investigation manager from the casino said Sekhabi was not be formally arrested, but was booked out of his room in the casino and told to leave the premises.

Sekhabi said he did not plan to press charges against Orton or the WWE.