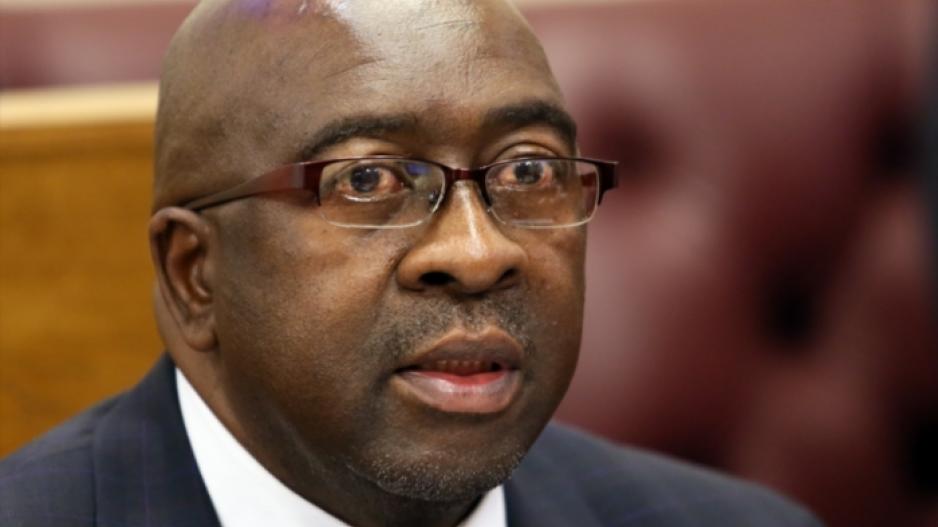 PRETORIA – President Cyril Ramaphosa appointed David Mabuza as the country’s new deputy president and made big changes to his cabinet on Monday night.

After delaying the announcement by an hour-and-a-half due to last-minute consultations, Ramaphosa made the announcements, reversing many of the last controversial changes made by his predecessor Jacob Zuma.

Ramaphosa said the changes were made while being conscious of the need to balance continuity and stability for the need of renewal, economic recovery and accelerated transformation. The president said all ministries and departments will be retained until a review of them is done.

READ: Who is David Mabuza?

One of the biggest surprises is the return of Nhlanhla Nene as Minister of Finance. Nene was unceremoniously fired by Jacob Zuma in 2015.

That means Malusi Gigaba moves back to his previous portfolio of Home Affairs.

President Ramaphosa, Is going to ANNOUNCE cabinet changes in a few hours . I HAVE PACKED ALREADY LETS MOVE ON ......

Mosebenzi Zwane is given the boot as Mineral Resources minister and replaced by Gwede Mantashe, the ANC’s chairperson.

Pravin Gordhan also makes a return to cabinet as Minister of Public Enterprises, with Lynne Brown now completely out of government.

Zweli Mkhize, the ANC’s former Treasurer-General will be the new Co-operative Governance Minister, meaning Des van Rooyen is no longer a minister.

The new Social Development minister is Susan Shabangu who swapped positions with Bathabile Dlamini, now Minister in the Presidency responsible for Women.

Jeff Radebe is the new Energy minister, moving out of the presidency in the portfolio of Monitoring and Evaluation. He is replaced by Nkosazana Dlamini-Zuma.

Mmamoloko Kubayi becomes the new Science and Technology portfolio, moving out of Communications.

The new International Relations and Co-operation minister is Lindiwe Sisulu, who moves away from Minister of Human Settlements.

The new Public Service and Administration minister is Ayanda Dlodlo.

Thulas Nxesi returns to one of his former portfolios as Minister of Public Works.

State Security is now headed by Dipuo Letsatsi-Duba, who was deputy minister of Public Service and Administration.

Derek Hanekom returns to cabinet as Tourism minister, a position Zuma fired him from late in 2017.

Blade Nzimande also makes a return to government as Minister of Transport.

The new Minister of Sports and Recreation is Thokozile Xasa.

Changes to deputies include the move of Sfiso Buthelezi from Finance to Agriculture.

A shock announcement was the appointment of MP Mondli Gungubele as deputy Finance Minister.