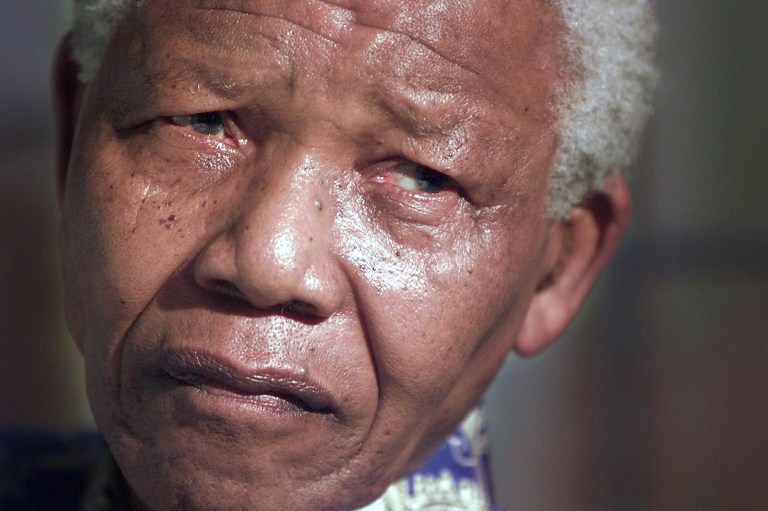 SOUTH AFRICA, Johannesburg : Former South African president Nelson Mandela is photographed in his Johannesburg office, 08 February 2000 during a press-briefing on the upcoming 11th February 10th anniversary of his release from prison.

Pretoria - A relapse in a lung infection has landed the father of the nation in hospital.

While the ANC has asked for space to allow the family to tend to Madiba, the public has united in wishing the anti-apartheid icon a speedy recovery.

Over the past few days Mandela has had a recurrence of a lung infection. He remains in a serious but stable condition, said Maharaj.

"Madiba is receiving expert medical care and doctors are doing everything possible to make him better and comfortable."

Maharaj said President Jacob Zuma, on behalf of government and the nation, wished Madiba a speedy recovery and requested the media and public to respect Madiba&39;s privacy and that of his family.

15:00 update:  eNCA reporter Xoli Mngambi says the public and the media are waiting on The Presidency for more information

13:00 update: Madiba is believed to have received a visit from his granddaughter Ndileka, this morning.

12:00 update: As the nation waits for news on Madiba&39;s health, have a look at what some of the Sunday papers are leading with.

11:00 update: The Presidency cannot confirm at this time whether the nation will receive an official update on Mandela&39;s health today.

10:00 update: eNCA reporter Cathy Mohlahlana reports that there is still no contact at this stage with Mandela&39;s doctors since last night.

09:00 update: Madiba&39;s wife, Graca Machel, has been at his bedside since he was re-admitted to hospital. The Presidency says they expect to provide an update around lunch time.

08:00 update: eNCA reporter Cathy Mohlahlana assures us that we will receive an official update by lunch time.

07:00 update: No annoucement from the Presidency at this time but it is reported that Mandela is in a stable condition and breathing on his own.

View all our live coverage from Saturday here. Content includes official announcements from Presidency spokesman Mac Maharaj and other live crossings from Pretoria.