Madonsela optimistic Zuma will pay back the money 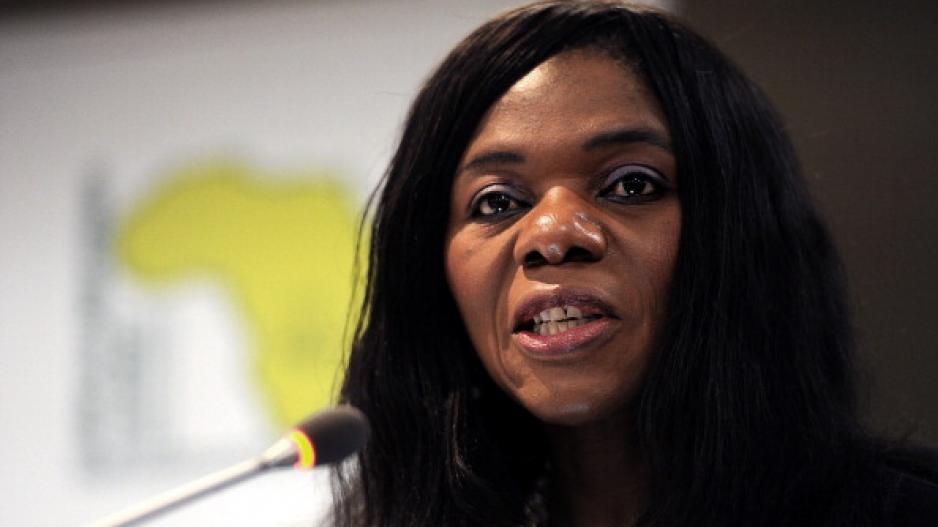 Public Protector Thuli Madonsela says the hunger experienced by many South African households can be partly attributed to maladministration in state affairs.

PRETORIA - South Africa&39;s anti-corruption ombudsman is an optimist, and perhaps she needs to be.

Public Protector Thuli Madonsela hopes that President Jacob Zuma will pay back public funds used to upgrade his private residence, in a scandal that has become a damaging symbol of the country&39;s post-apartheid era.

More than R 250-million was spent on Nkandla, the president&39;s rural homestead, triggering criticism of hugely-inflated costs for "security improvements" that included a swimming pool and chicken coop.

Public Protector Madonsela told AFP that she had not given up in her battle over Nkandla -- which has brought her international renown, as well as bitter criticism from Zuma loyalists.

"He could still change and decide that, despite the advice he got, he wants to do the right thing. That door is not closed yet," she said, in an interview in her Pretoria offices that are decorated with awards and certificates.

Madonsela&39;s highly-critical Nkandla report, released in March 2014, was met with counter-investigations by the police minister and others exonerating Zuma.

"Of course the reaction to it is a setback," she said.

"You&39;ve got to deal with (my report) rationally, reasonably and fairly. The response we got ... was irrational."

The dispute over Zuma&39;s property thrust Madonsela into the spotlight, earning her a spot in Time magazine&39;s 100 most influential people in the world last year.

But since she was appointed - by Zuma - in 2009, she has tackled a formidable array of much bigger corruption issues, including land reform, transport infrastructure tenders, police misconduct and arms deals.

Some of the cases date back to the pre-1994 apartheid years, a period that she said still haunts the country as a whole culture of government corruption went undetected for decades.

"If we are investigating conduct failure, it is often difficult because some state agencies give you the wrong information, but we have our own sources who make it easier," she said.

"Key to any investigation is whistle blowers. We do have a big problem of corruption."

Softly-spoken Madonsela, 53, rose from humble beginnings in the township of Soweto to become a constitutional lawyer, working as a technical adviser on drafting South Africa&39;s democratic constitution after the end of apartheid.

As dismal economic growth, crime, rumbling social tensions and high unemployment fuel pessimism about South Africa&39;s future, she says her office is a sign of the country&39;s ability to protect its institutions.

"In other countries, it is taboo that you could ask how much was spent on the president&39;s home. But we have an environment that allows us to do that," she said.

Despite the lack of government response, the Nkandla probe shows South Africa has a "strong constitution where the rule of law is applied to everyone, regardless of whether you are a cleaner or a president," she added.

"We have a strong democracy that has multi-agency oversight."

Madonsela, who was accused at the height of the Nkandla controversy of being a CIA spy by one deputy minister, calmly dismisses suggestions of political pressure in her work, saying none of her staff have faced intimidation.

She is due to stand down when her seven-year term ends in October 2017, and has recently launched perhaps her most risky strategy yet.

She has allied with the Economic Freedom Fighters (EFF), a radical opposition party, in a Constitutional Court bid to compel Zuma to pay back the Nkandla money.

The case will be heard next year.

"The first step towards a solution is admitting you have a problem, the second step is to do something," she said.