Madonsela - Don't surround yourself with praise-singers 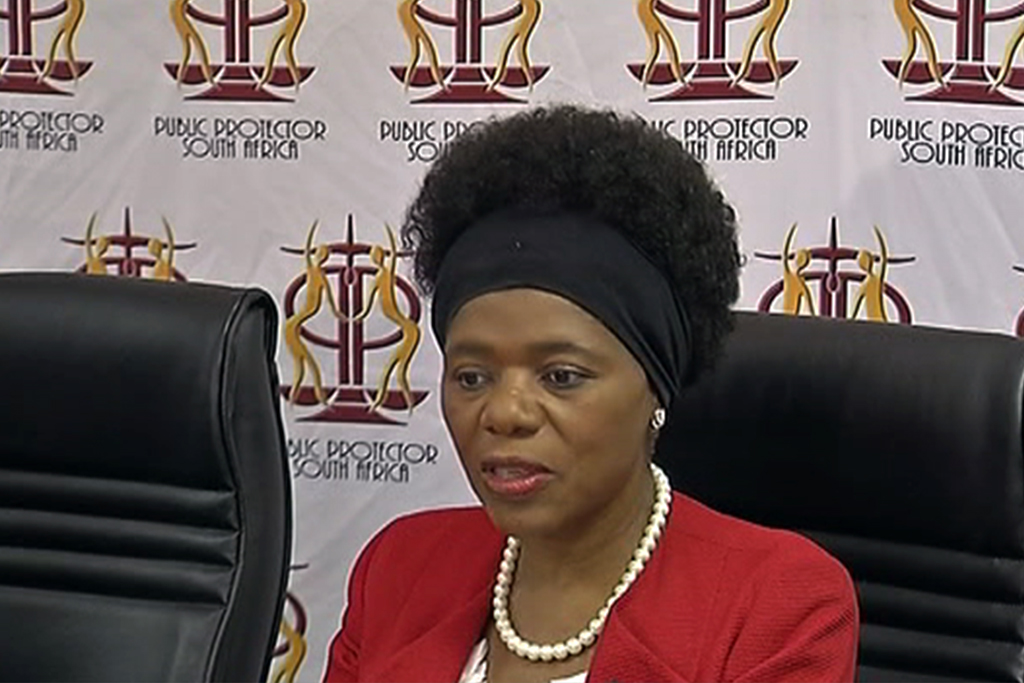 Pretoria, 31 March 2016 - Public Protector, Thuli Madonsela says her office is not really equipped to determine just how much President Jacob Zuma needs to pay back.

JOHANNESBURG - Public Protector Thuli Madonsela gave a press conference following the groundbreaking decision of the Constitutional Court which reaffirmed the powers of her office.

Madonsela said the Constitutional Court had restored the rule of law, and this was a blessing for her office which needed clarity on its powers.

“Today (Thursday)  is the day the Constitutional Court restored hope in the constitutional dream for every Gogo Dlamini out there who needs to rely on the public protector to hold government accountable for improper conduct,” she said.

She told a media briefing that Thursday was an historical day for all the people of the country because the Concourt has confirmed the supremacy of the constitution and the rule of law in South Africa.

She noted that everyone in her office was glued to the TV during the judgment, nobody wanted to speak, and you could have heard a needle drop, barring the occasional cry of "amandla".

The Public Protector emphasised that those who exercise power "must ensure they don’t surround themselves with praise-singers... or you might just head for a cliff," later noting that "lawyers mustn’t tell government what they would like to hear, but what they need to hear."

"Those who exercise authority, public or private, must be careful not to surround themselves with praise-singers" -- Thuli Madonsela today

Commenting on attacks on her person, she said that when people attack you unfairly, they know not what they are doing. She said that now that the dust has cleared, she believed they would act reasonably.

Madonsela further noted that she hoped the Hawks and the National Prosecuting Authority would now drop their investigations into her conduct.

“I would celebrate if the Hawks and NPA can at least by tonight (Thursday) send me a report that says they have stopped investigating me. I am being investigated with the potential of being prosecuted for holding this view that my powers are binding and we have had to deal with that,” said Madonsela.

Pointing to the costs of non-security related upgrades to President Zuma&39;s Nkandla homestead, Madonsela said Parliament would need to contact quantity surveyors as the determination of the value of the upgrades was beyond the expertise of her office. She noted that the initial figure of R10-million that had been presented was a preliminary figure that would have to be adjusted, but  "we trust the presidency to find the right people to come up with a correct figure."

With regard to her impending replacement, Madonsela said, "That person who comes in will be a patriot who wants this country to get better in the next 20 years... We must get back to the energy of 1996 and move forward with full steam … to improve the lives of all people... I have faith in the system in believing everyone has learnt their lesson. There is no point in appointing a public protector who will lead the country over a cliff."

She said she would not celebrate the decision of the court until the NPA and the Hawks had informed her that they had ceased their plans to prosecute her.

Madonsela says the Hawks and NPA are currently investigating her for sticking to the view that her remedial actions are binding.

But she said that "After the SCA judgment, which we were grateful for, people began complying again, and the doors were open for appropriate legal actions."

Madonsela refused to be drawn on a message to Parliament, saying that the last time she had offerred them advice, she had offended the body.