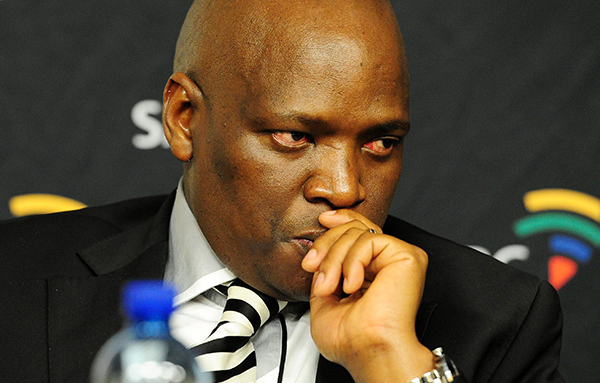 BLOEMFONTEIN - The Supreme Court of Appeal is expected to pronounce on the precise role and powers of the Public Protector soon.

This after it began hearing submissions in SABC boss Hlaudi Motsoeneng’s appeal against a High Court judgment ordering the broadcaster to institute disciplinary proceedings against him, as recommended by the Chapter Nine institution.

About a hundred people picketed outside the court in the morning, brandishing placards like “Hands off Hlaudi!”, “SABC now better than before”, or just “Hlaudi is simply the best”.

Moeketsi Tobias from South African National Civic Organisation (SANCO) in Gauteng was one of the protesters.

“I’m here to support Hlaudi,” he said. “SABC has changed for the better under him. They now have a stronger focus on communities.”

Public Protector Thuli Madonsela had investigated complaints by former SABC employees about the irregular appointment of Motsoeneng to the position of acting Chief Operating Officer, despite not having the required qualifications; the alleged purging of staff by him - which caused the SABC’s salary bill to soar as a result of labour disputes and settlement awards - and the irregular salary increases for officials, including Motsoeneng himself.

Motsoeneng&39;s paycheck increased from R1.5 million to R2.4 million in a single year.

The Democratic Alliance approached the Western Cape division of the High Court, applying for an urgent interdict to have the findings and remedies of the Public Protector enforced.

On the issue of whether the DA had legal standing to bring such an application, Judge Ashton Schippers said that “it is of fundamental importance in our democracy that an institution such as the SABC acts in a manner consistent with the constitutional prescripts and within its powers as set out in the Act and Charter.

"A political party participating in Parliament necessarily has an interest in ensuring that the public power is exercised in accordance with the constitutional and legal prescripts, and that the rule of law is upheld.”

He went on to say that “unlike an order or decision of a court, a finding by the Public Protector is not binding on persons and organs of the state “ and likened the office of the Public Protector to that of an ombudsman who does not possess any powers of legal enforcement.

Schippers came to the conclusion that “the findings of the Public Protector are not binding and enforceable. However, when an organ of state rejects those findings or remedial action, that decision itself must not be irrational.”

“There are no grounds, let alone rational grounds, for the board’s decision to reject the Public Protector’s findings and remedial action.”

He found that Motsoeneng was allowed to operate above the law and caused staff to engage in unlawful conduct and should be suspended pending finalisation of disciplinary proceedings.

In their submission before the Appeal Court, the SABC as Motsoeneng’s employer states that the Public Protector’s powers and functions are simply “investigative and her findings and remedial action are not binding and enforceable.”

Quoting the 2011 case of The Public Protector v Mail & Guardian, they state that the Public Protector does not adjudicate or determine disputes between parties by the application of the law to facts and that this is a function reserved for the courts and tribunals.”

They further claim that no such powers had been transferred to her office by a specific statute and that she is only empowered to make recommendations regarding appropriate redress.

They submit that Schippers was correct in finding that the SABC and the Minister (of Communications) could reject the findings and remedial action of the Public Protector if they had a rational basis for doing so. They further claim that they indeed had such a basis, as the objective facts did not support findings of wrongdoing for which disciplinary action should be taken against Motsoeneng.

The SABC also argued that the relief granted by the Western Cape High Court constitutes “an inappropriate transgression of the doctrine of separation of powers” and that the court strayed into the domain of the National Assembly and the SABC Board as the power to suspend a member of the SABC board lies with the minister, on the recommendation of the board.

“The suspension of Mr Motsoeneng by the Court a quo offended procedural and substantive safeguards and, significantly, usurped the powers and functions of the board and the minister as Mr Motsoeneng’s employers. Mr Motsoeneng was afforded no hearing as to why he ought not be suspended, as his employer was obliged by law to do.”

This morning, Appeal Judge Navsa wanted to know from the SABC’s legal counsel whether it was not in everyone’s interest that a disciplinary process was concluded, as it would then become clear whether Motsoeneng should be supported or not.

Counsel for the public broadcaster agreed but said it was not necessary to suspend him in the interim.

They agreed that it was expected to give effect to the Public Protector’s report, but claimed that there was a rational basis for rejecting it in this instance.

Justice Poonan interrogated the SABC’s legal team on their interpretation of the word “rational”.

“The problem seems to be that you simply prefer the outcome of your own investigation to that of the Public Protector,” he said.

The appeal judges were also critical of the fact that the SABC preferred not to disclose the outcome of their own report on the matter, claiming privilege of information.

Motsoeneng’s legal team, in their submission, said that his suspension was “not appropriate in the circumstances and infringes his rights to dignity and fair labour practices.”

They also claim that suspending Motsoeneng would create an impression in the eyes of the public that he is guilty of the charges that are to be instituted against him in the disciplinary proceedings, before these proceedings have even been instituted, let alone finalised.

“The DA’s application does not uphold the rule of law,” Motsoeneng’s counsel told the court.

“The power (to suspend Motsoeneng) lies with the Minister (of Communications), and the courts cannot take that power away.”

The hearing was set to continue in the afternoon when counsel for the Democratic Alliance and the Public Protector would get a chance to address the judges. The non-governmental organisation, Corruption Watch, is also expected to make submissions.