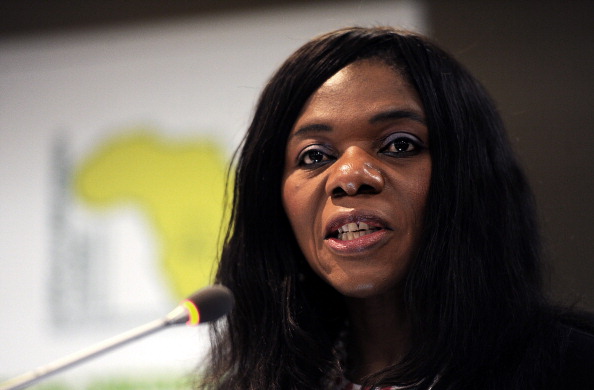 Public Protector Thuli Madonsela says the hunger experienced by many South African households can be partly attributed to maladministration in state affairs.

JOHANNESBURG - Public Protector Thuli Madonsela will take the SABC court judgment on review with regard to the public protector&39;s constitutional powers, her office said on Friday.

"She is of the respectful view that the judge&39;s basis for deciding that the public protector&39;s decisions are not binding is confusing," spokesman Oupa Segalwe said in a statement.

"Public protector Madonsela is in the process of approaching her office&39;s lawyers in preparation of a review of the part of the judgment that deals with the public protector&39;s powers."

This was following the Democratic Alliance&39;s application for an urgent interim interdict suspending Motsoeneng pending a review of the decision to appoint him.

In his order Schippers said: "Unlike an order or decision of a court, a finding by the public protector is not binding on persons and organs of state.

In February, Madonsela released a report on Motsoeneng, while he was acting COO.

She found his salary increased from R1.5 million to R2.4m in one year, that he had purged senior staff, and misrepresented his matric qualifications to the SABC. Madonsela recommended that a new COO be appointed at the SABC within 90 days.

Segalwe said the public protector felt some aspects of the judgment, referring to her office needed clarity.

"...The judgment... has enormous implications for her office, access to justice for disadvantaged persons wronged by organs of state and may have unintended consequences for administrative scrutiny beyond the role and powers of the public protector," he said.

Deputy dean of the Wits School of Law, Mtende Mhango, said the public protector&39;s findings could not be ignored, but recommendations could if there were rational reasons.

Referring to Madonsela&39;s findings on security upgrades to President Jacob Zuma&39;s Nkandla home, he said the R246 million spent was a finding which could not be ignored.

"The president could reject the findings and the recommendations of her report, but he must have rational reasons for doing so.

"The president could say he rejects the findings because he finds the SIU report and the ministerial task team report to be more rational."

The Special Investigating Unit and a ministerial task team did their own investigations into the upgrades.

Mhango said it was a clever move by Zuma and the African National Congress to include all three reports in the ad-hoc committee&39;s review.

"They are all important, you can&39;t ignore any of them."

He said he agreed with Schippers&39; judgment and was of the belief that if the matter landed up in the Constitutional Court it would make the same finding.

Earlier, both the ANC and the DA claimed the judgment vindicated their clashing views on whether the public protector&39;s findings are binding.

"In his judgment today, the judge endorsed our longstanding and legally sound view that the reports of the public protector are not binding and enforceable," Chief Whip Stone Sizani said in a statement.

He said the ANC agreed that the public protector&39;s reports could not be ignored; that was why the ad-hoc committee on security upgrades to Zuma&39;s Nkandla home was set up.

However, DA federal executive chairman James Selfe said the judgment supported the DA&39;s arguments that directives from the public protector, including those that Zuma must repay a portion of the R246 million spent on his Nkandla home, could by law not be disregarded.

The Economic Freedom Fighters and the Pan Africanist Congress agreed with the DA and urged the ANC and the president to take note.

The Congress of SA Trade Unions and the DA welcomed the order to suspend Motsoeneng.

"Cosatu has already demanded that the minister reverses the board&39;s decision and has condemned its failure to respond to any of the public protector&39;s serious allegations," spokesman Patrick Craven said in a statement.

DA MP Gavin Davis said the judgment was "a resounding victory for every person who values our constitutional democracy and independent public broadcasting".