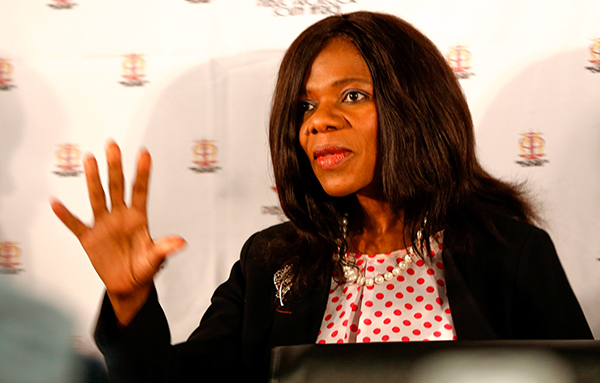 March 19 - Public Protector Thuli Madonsela released her final report on upgrades at President Zuma's Nkandla homestead. She found that Zuma and his family benefited from measures implemented in the name of security.

JOHANNESBURG - The office of the Public Protector abuses its power, the National Education, Health, and Allied Workers&39; Union (Nehawu) said on Monday.

"The court has vindicated us now... because you [the media] have been saying the ANC says that the public protector report is not binding. It&39;s not the ANC, it&39;s a court of law."

He was referring to the Western Cape High Court ruling last month that the SABC suspend its chief operating officer Hlaudi Motsoeneng and commence disciplinary proceedings against him within 14 days.

The Democratic Alliance had applied for an urgent interim interdict to suspend Motsoeneng pending a review of the decision to appoint him.

In February, Public Protector Thuli Madonsela released a report on Motsoeneng, while he was acting COO. She found his salary increased from R1.5 million to R2.4m in one year, that he had purged senior staff, and misrepresented his matric qualifications to the SABC.

In his order, Judge Ashton Schippers said: "Unlike an order or decision of a court, a finding by the public protector is not binding on persons and organs of state.

The African National Congress and the opposition claimed the judgment vindicated their opposing views on whether the public protector&39;s findings were binding -- an issue central to the Nkandla controversy.

Madonsela found President Jacob Zuma and his family had unduly benefited from security upgrades to his private home in Nkandla, KwaZulu-Natal. She recommended that Zuma pay back a portion of the money.

Makwayiba said the media was biassed in its reporting on the matter.

"Can you say now Madonsela zero, Zuma one?" he asked.