Maimane is the new DA leader 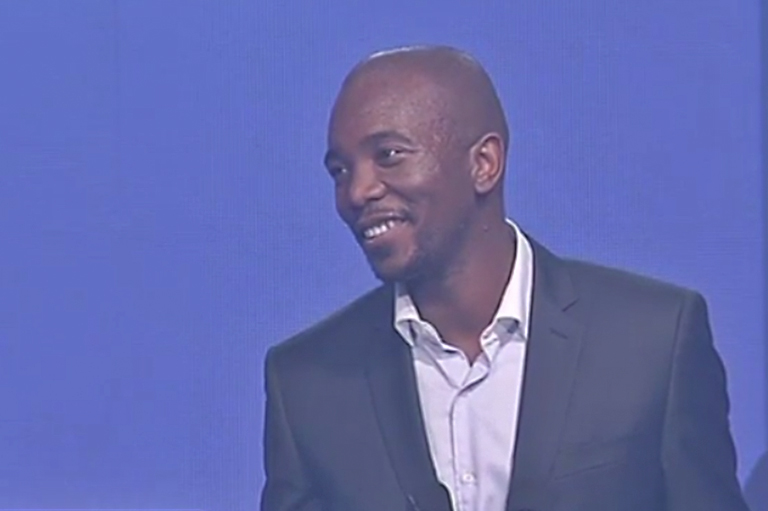 10 May 2015 - Mmusi Maimane has been elected as the new leader of the Democratic Alliance.

PORT ELIZABETH - A new day at the Democratic Alliance as Mmusi Maimane has been voted in as the new leader of one of South Africa&39;s most fierce opposition parties.

The 34-year-old was a clear favourite to win. Earlier in the day, many of the close to 1 500 delegates flooded his stand to take "selfies" with him while as some reporters observed, James&39; stand remained rather static.

Ninety-three percent of delegates voted in the election.

Before his name could be announced, the crowd started chanting the name "Mmusi".

Maimane became the DA&39;s parliamentary leader in 2014 and has been vocal about a number of issues, notably, his criticism of President Jacob Zuma&39;s leadership.

He announced his candidacy ambitions on April 18, following Helen Zille&39;s declaration that she would be hanging her boots after eight years at the helm.

Maimane&39;s election win is a significant one as he becomes the party&39;s first black leader.

The Democratic Alliance has been seen as a largely &39;white&39; party in need of racial transformation.

However, the new leader has often reiterated his vision of a non-racial DA whose main objectives would be to implement effective political change in South Africa.

Mmusi Maimane is also the youngest person to head up the party.

In his victory speech, Maimane said, "So I want to say to all of you today, let me firstly say thank you so much for those who voted for me, but whether or not you voted for me, let us today unite behind our shared values and take the DA forward."

“It is healthy for us to engage in a robust debate , but let me be clear, here in this party there will be no room for those who seek to divide or those who want to mobilize on the basis of race."

Other leaders that emerged from the elective conference are this: