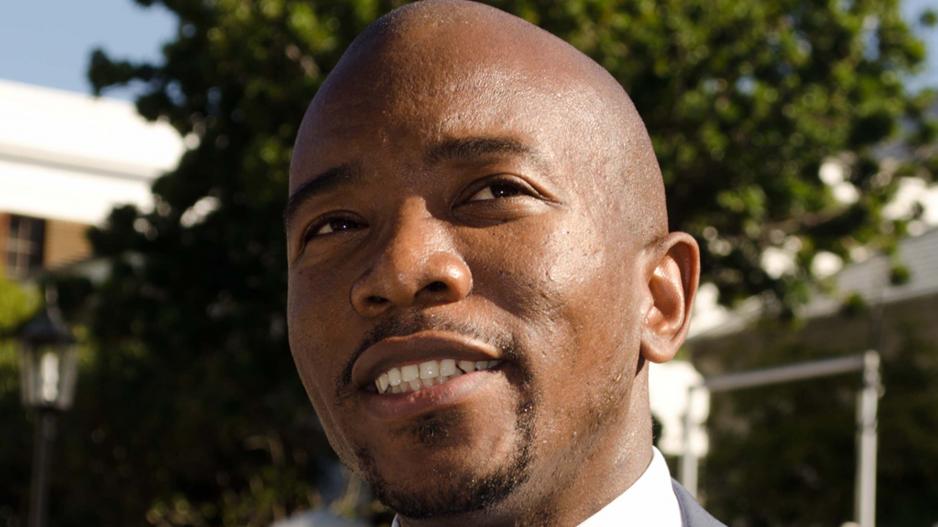 The Democratic Alliance's Mmusi Maimane has dismissed the land expropriation and mineral nationalisation policies of the Economic Freedom Fighters (EFF) as "unworkable" in a response to comments by EFF leader Julius Malema on Thursday, 31 July.

JOHANNESBURG - Democratic Alliance leader Mmusi Maimane has arrived back in Johannesburg, after being denied entry into Zambia on Thursday evening.

Upon returning to South Africa he criticised Zambian officials, adding that their actions are in violation of international law.

“I arrived in Zambia on a South African flight and the country’s immigration officials , coupled with Zambian police and what looked like military officials walked into the plane and insisted that I be detained in the plane. I could not leave," he said.

"They then told me they could not allow me entry into Zambia and they gave me absolutely no reason."

"I asked what the basis of their decision was and they said none, they said they didn’t even need one," he added. "This is a violation of international law."

The rest of the arrest team that the Zambian gov sent to meet me at the airport. Assaulted me & took away my phone so I couldn't get help pic.twitter.com/cdhtO1HY85

"Hakaiende is a personal friend of mine," Maimane said, adding: "I’ve got every right to go and see his trial and ultimately the Zambian government has acted in a manner that is undemocratic, flies in the face of international law."

Michael Sata was detained and deported from Malawi.
When Sata became president of Zambia, Malawi struggled to mend the relationship

Maimane's spokesperson, Graham Charters added: "His phone was confiscated and was told without any reasons that he was not welcome in the country. After that, the stalemate happened whereby the leader was left on a plane for about 45 minutes while authorities were at loggerheads over the reasons why he could not go into the country."

On Friday night before Maimane returned home to South Africa, DA national spokesperson Phumzile Van Damme confirmed the incident saying that he was stopped at the Kenneth Kaunda International Airport in Lusaka when his flight landed there.

“DA Leader Mmusi Maimane, a Constitutional Office Bearer of South Africa, has this evening been forcefully prevented from entering the Republic of Zambia, by Zambian Police who boarded his arriving SAA flight upon touchdown,” Van Damme said.

“The DA Leader was arriving in Zambia, on Africa Day, to attend and observe the treason trial of Zambian Opposition Leader Hakainde Hichilema tomorrow [Friday] at the Lusaka Magistrate’s Court. Mr Maimane was en route there to show support to Mr Hichilema who is being unduly persecuted by his government, and to show the DA’s commitment to a human-rights based foreign policy.”

She said that Maimane had strongly denounced the trumped up charges against Hichilema, and had condemned the African National Congress government for not yet taking a stand against his treason charges.

Supporters of the UPND and friends of HH, just to let you know that we are well both... https://t.co/DsM5ZyEF4N

Van Damme said when Maimane arrived the Zambian Police boarded the aircraft and “aggressively confronted” him. They took his private cellphone, she said.

“We have taken this matter up urgently with the Ministry of International Relations,” she said.

“The South Africa government has the right and the duty to issue a demarche, or diplomatic order, and we expect that they will do so. It is a deeply shameful day for the Republic of Zambia, when a Leader of the Opposition from South Africa cannot pass freely into the country – especially on Africa Day. But we will not be deterred.”

“This will not deter the DA from our objectives of fostering a culture of democracy and human rights in South Africa and in the region,” Van Damme added.

Maimane is expected to address the media at 10:30 CAT outside the Embassy of Zambia in Pretoria on Friday with regards to his deportation. -- Additional reporting: African News Agency

#MmusiMaimane's treatment in Zambia shows how dictatorship is taking hold.

Can we please get 1,000 RT's for #FreeHH - Free @HHichilema pic.twitter.com/YQRFyajh0p

The only question for the SA government is, which side of history will they fall on, dictators or democrats? #africaday

Richarlison calls for punishment after banana thrown in Brazil game