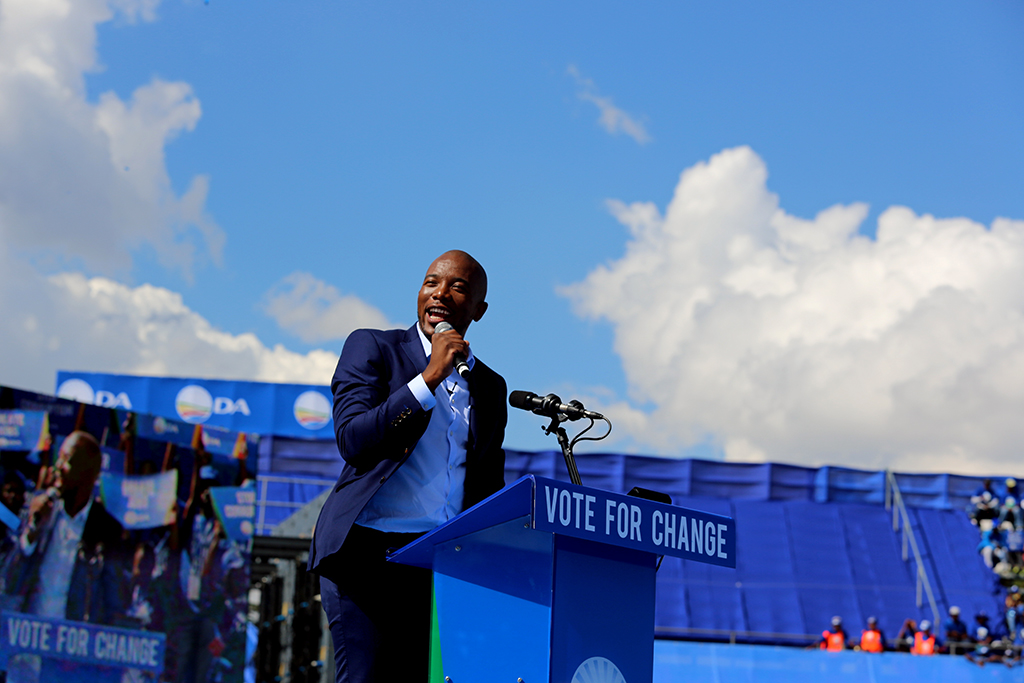 On Wednesday Maimane was accompanied by Nelson Mandela Bay mayoral candidate Athol Trollip in the areas of KwaDesi and Missionvale, doing door-to-door visits and addressing residents on the streets in the build up to the local government elections taking place on August 3.

People in Missionvale complained that their RDP houses were built so poorly that their homes did not have floors and water was not accessible through the kitchen taps.

Roeline Davids, 43, said that there had been no change over the years, even after residents received houses.

"These houses make our children sick, the windows are so difficult to open and close, worst thing is not having a toilet door," said Davids.

Maimane said the DA was aiming for an all-out win, rather than a coalition in Nelson Mandela Bay.

"It’s better to have a full mandate without inhibitance from other political parties, so it’s our key focus while the ANC is fighting itself in the Bay, we need a united Democratic Alliance to take us through the line and make sure we can deliver to the people," said Maimane.

He told residents in Missionvale that during post-apartheid under the leadership of Nelson Mandela things had started to move forward, however under President Jacob Zuma people were just being lied to.

"One of [Zuma’s] lieutenants (is) Danny Jordaan, he is not here to fight for anybody except fight for Jacob Zuma, when there is a crisis, Zuma sits back and says nothing," he said.

"You can’t say to me you always voted ANC and this will be the last time. This is not the time for last chances, if you give them another chance you are saying steal some more," said Maimane.

Maimane accused Jordaan of "paying" councillors from the DA who recently defected to the ANC.

The DA leader also wasted no time in slamming controversies around SABC coverage which he labelled "state capture".

"The coverage of the ANC, I call them the SANC Broadcasting Corporation, the coverage is seven times more than any other political party. You can argue the case that they are in government but you can see it manifest in small things when opposition parties try to flight their adverts on the public broadcaster, when communities want to protest and are told that protest can’t be shown, when journalists want to report truth they are told not to do that, an editors show that speaks the truth of what is happening in the country, those shows are removed."

"It’s a crisis now, Hlaudi must go, he has a Public Protector report against him. So many had fought for the freedom of the SABC and when the SABC undermines its own freedom it undermines ours, so it’s not a battle for the future, it is a battle for what is happening right now. We want to see the truth on television, not what Hlaudi Motsoeneng believes what we should be watching and not watching," he said.