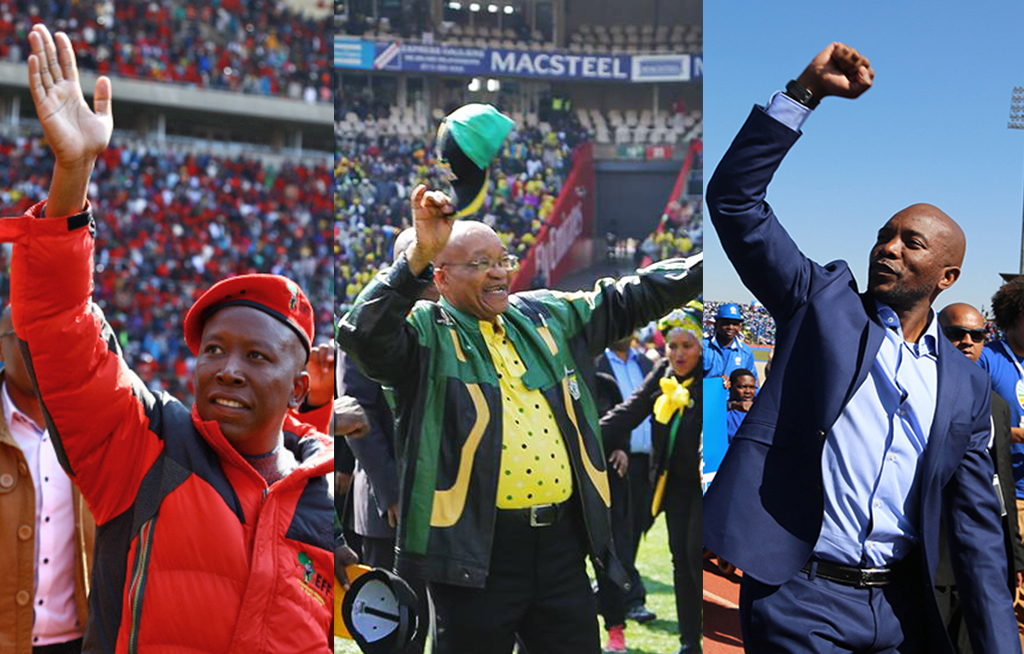 The EFF's Julius Malema, the ANC's Jacob Zuma and the DA's Mmusi Maimane at their respective party's final election rallies ahead of the August 3 municipal election poll.

* Missed all the election coverage? Catch up here.

JOHANNESBURG - With the elections done and dusted, political parties are now scavenging for coalition partners.

The DA and the ANC are now courting smaller parties to join forces with them.

READ: The complexities of coalition negotiations

There were no outright majorities secured in Johannesburg, Ekurhuleni, Tshwane, Nelson Mandela Bay and in many other councils around the country.

Though many of the parties locally don&39;t share the same values, these analysts say when it comes down to a push, differences can be set aside.

"Politics around the world tells us this, reveals this that when it comes to acquiring power, coming into power people will be remarkably flexible and pragmatic," said Professor Richard Calland.

"Politics is about acquiring power and getting into government."

eNCA commentator Angelo Fick said in that coalition negotiation, there might be negotiation around individual posts.

The EFF have indicated that they are not particularly interested in posts, but rather principles.

READ: ANC, DA in tug of war over EFF coalition

But reaching an agreement that will please everyone is no easy feat, with the balance of power sometimes shifting towards the party with the trump card.

"Those smaller parties now have the opportunity to get on paper an agreement from the majority party what it is that they&39;re willing to do for this party in order to get them to form a coalition with them," said Fick.

If there are no agreements within 14 days within the official declaration of results, the constitution provides for provincial and national authorities to intervene.