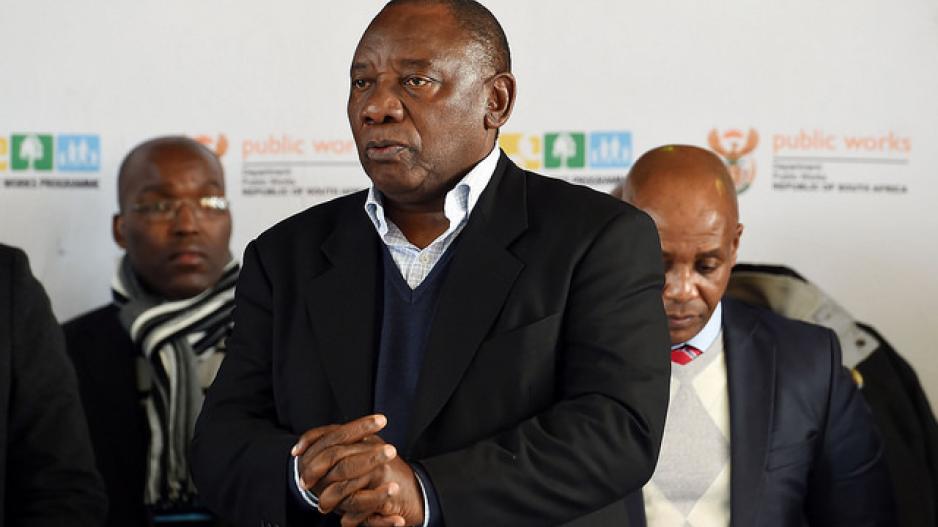 Speaking to eNCA's Jeremy Maggs, on Wednesday she said: "Cyril would not lift a hand against any women whatsoever."

She said if any woman made allegations of abuse against her ex-husband, she would not believe them because that would not be true to his character.

#MalemaOnCapricornFM : She [Bathabile] is referring to Cyril Ramaphosa, they're saying he used to beat up his first wife #MdudiziManana

Dlamini would not clarify who she was referring to.

The ANCWL has come under fire for not taking a stronger stance against deputy minister Mduduzi Manana, who admitted to assaulting a woman in a nightclub and has been charged in connection with the incident.

"She [Dlamini] is referring to Cyril Ramaphosa. They're saying he used to beat up his first wife," Malema alleged in an interview with Capricorn FM.

Malema said the story was not his to tell but that he was helping ANC officials name the person to who they had obliquely referred. He said the ANCWL was not naming the deputy president out of fear.

Malema stated if the EFF were in power, Manana would have been dismissed.

"We would have charged him a long time ago if we were in government," he said.

Malema's allegations about Ramaphosa came on the eve of the commemoration of the Marikana massacre, where Ramaphosa came in for criticism for how he handled the matter and reacted to the workers' plight.

Hope Ramaphosa said she would be seeking legal advise on how to respond to Malema's allegations as it tarnished her family's image and her own.