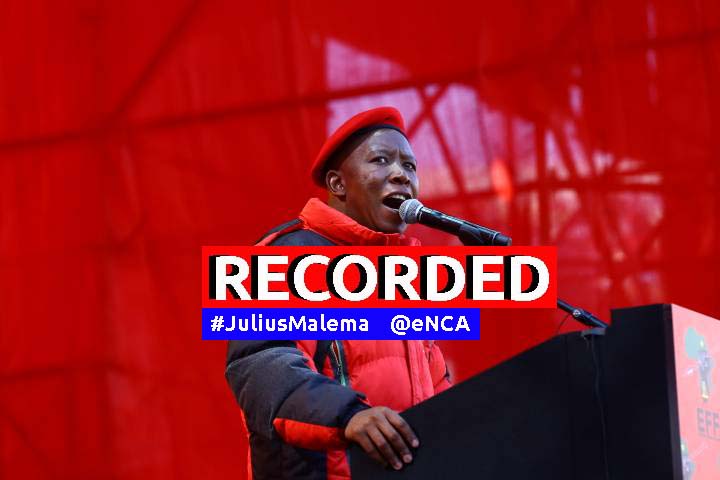 EFF Leader Julius Malema was back in court on Monday for charges relating to the alleged contravention of the Riotous Assemblies Act after his land grab remarks.

Watch Malema's appearance in court and his address to his supporters outside the court on Monday.
We apologise for the poor audio quality.

Malema faces charges relating to the alleged contravention of the Riotous Assemblies Act, which prohibits gatherings that might be deemed a public disruption by the State.

The State charged that in December 2014, Malema called on people to occupy vacant land during the EFF elective conference in Bloemfontein, where he was elected EFF president.

Last week he appeared in the Newcastle Magistrate's Court on similar charges.

Civil rights group AfriForum laid the charges, accusing him of contravening the Riotous Assemblies Act of 1956.

That case is postponed to December after Malema sought to lodge an application with the Constitutional Court to have the apartheid-era act and the charges levelled against him declared unconstitutional.

An EFF-branded truck had arrived earlier at the Batho community hall, blasting revolutionary songs as supporters trickled in, arriving in buses and cars.

On Monday morning, supporters are expected to march from Batho to the Bloemfontein Magistrate’s Court in the CBD where they will demonstrate outside court as Malema appear.